Mouni Roy is currently gearing up for the release of her upcoming Bollywood film Brahmastra, in which she is playing the role of an antagonist. The actress is very busy with her work commitments; however, she always manages to take some time off to spend with her husband Suraj Nambiar. 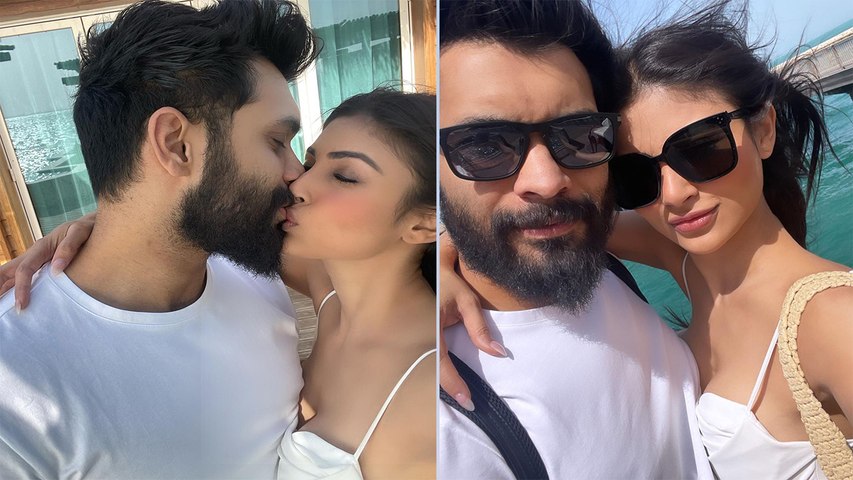 Recently, Mouni Roy shared a bunch of pictures with her husband Suraj Nambiar on Instagram and wished him on his birthday. She captioned the post as, "Happy birthday, the shining 🌟 of my life and the giver of best cuddles and kisses in the world..I can't wait to spend an eternity tog... My err'ything, the best part of me.. Am just the luckiest to have wished you into my reality @nambiar13."

In the above post, Suraj and Mouni are complementing each other in white outfit. They are looking uber cool and giving us all holiday vibes. Interestingly, Mouni and Suraj got cosy on the yacht and even shared a passionate lip lock.

Notably, Suraj Nambiar also commented on Mouni's post and wrote, "My wifey bestest! ❤️." Let us tell you, Mouni and Suraj tied the knot in January as per Bengali and Malayali customs after dating each other for many years. They indeed give major couple goals to their fans.