Mouni Roy tied the knot with longtime-beau Suraj Nambiar in a Malayali and Bengali ceremony in Goa on Thursday (January 27). The couple gave a twist to the Sangeet ceremony and decided to host the same after tying the knot. In the videos that have been going viral on social media, the couple can be seen setting the stage on fire with their performance.

Mouni Roy can be seen wearing a golden-coloured Lehenga while Suraj Nambiar has opted for a dark Sherwani. The two can be seen dancing their hearts out to some catchy dance numbers. The Devon Ke Dev Mahadev actress being a remarkable dancer can be seen slaying it with her elegant moves. But her husband Suraj can be seen complimenting her moves with ease. The couple made the crowd go berserk with their act. Take a look at the videos from their Sangeet ceremony.

Meanwhile, after getting married in a Malayali ceremony, with Suraj Nambiar during the day (January 27), Mouni Roy dolled up in traditional red attire for her Bengali wedding. The Gold actress looked resplendent in a dreamy lehenga designed by Sabyasachi Mukherjee. The bride's attire was in the brightest colour of red with the famous handmade 'Gota Kiran' of the ace designer. 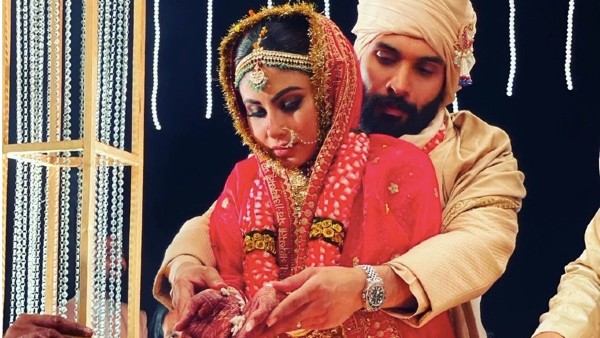 Mouni Roy Mouni Roy also had 'Ayushmati Bhava' written on the edge of her bridal while she teamed up her look with uncut diamond and emerald jewellery. Talking about the wedding, Mouni and Suraj's nuptials took place at a lavish hotel in Goa. The couple tied the knot in the presence of their family members and close friends. The actress' industry friends like Mandira Bedi, Arjun Bijlani, Aashka Goradia, Rohini Iyer and Manmeet Singh (of Meet Bros duo) attended the ceremonies and blessed the newlyweds on their big day. 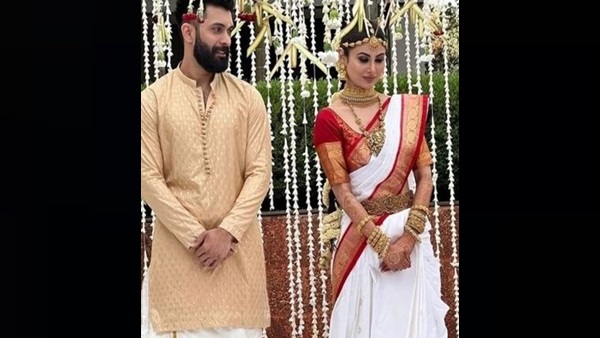 On the professional front, Mouni Roy will next be seen in Ayan Mukerji's directorial film Brahmastra. The highly awaited Bollywood biggie also stars Ranbir Kapoor, Alia Bhatt and superstar Amitabh Bachchan in lead roles. The first part of the film is all set to hit the silver screens on September 9, 2022. The actress was also seen in the movie Velle alongside Abhay Deol and Karan Deol.