Rakhi Sawant has recently been in the news for an argument with her boyfriend Adil Khan Durrani. It has to be noted that they have sorted out their issues, and remain strong together. The Main Hoon Na actress recently opened up in a candid conversation with News18, in which she spoke about dealing with trolls on social media, and the offers she gets from the filmmakers.

During the conversation, Rakhi Sawant was asked if she regrets not getting good Bollywood films. She said yes and revealed that she often gets only rape or kissing scenes. The diva said, "I am working on several movies and web series. But considering my image, I get only rape scenes. That's something I do not want to do. Kissing scenes, rape scenes, why should I do it? I have such good dancing skills. I have done several item songs. I am a good actress. Give me a chance to act. I don't get a chance to act there and that's why I act in front of the media. If you want me not to do this in front of the media, offer good roles to me. I am ready. Give me honest, good roles just like other actresses."

While speaking about dealing with trolls on social media, Rakhi Sawant said that trolling improves her as a person. She feels that she is very honest and she won't change herself for anyone else. Let us tell you, Rakhi Sawant has faced several hardships in her life. She is very much proud of herself for her achievements.

The Bigg Boss 15 fame said, "(People say) 'You are flaunting your cleavage, take this cloth, sit at home'. I never left my house to go back. I wanted to be something in Bollywood. My mother was sick, you weren't there. I was in pain, you weren't there. My mother had a heart attack, she was so much in pain due to cancer, nobody was there. I worked hard, flaunted cleavage, wore short clothes, established myself in Bollywood, worked hard, and handled it all. My brothers and sisters got married. I feel proud of myself." 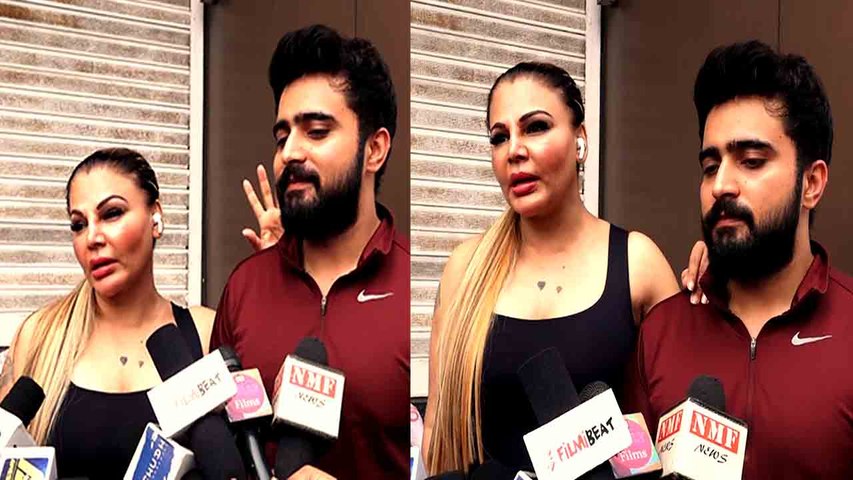 Talking about Rakhi Sawant, she has acted in films such as Jis Desh Mein Ganga Rehta Hai, Joru Ka Ghulam, Main Hoon Na, Dil Bole Hadippa and so on. She has also been a part of TV shows such as Bigg Boss 1, Nach Baliye 3, Bigg Boss 14, Bigg Boss 15 and more.