Rakhi Sawant is currently dating Adil Khan Durrani. The actress has been sharing a lot of pictures with him on social media. Before dating him, she was married to businessman Ritesh Singh, with whom she had appeared on Bigg Boss 15 as a contestant. After Bigg Boss, the couple parted ways and had an ugly separation.

Recently, in an interview with a leading portal, Rakhi Sawant revealed that after getting separated from Ritesh Singh, she was in a very bad phase. She alleged that she had suicidal thoughts because of her ex-husband Ritesh. Rakhi further stated that she would never forgive Ritesh for what he did to her mother, leaving her in the hospital to bleed when she was in the Bigg Boss house. She claimed that he neither took care of her mother nor paid the bills of the hospital.

While speaking about having suicidal thoughts, Rakhi Sawant said that she wanted to hang herself and leave a suicide video blaming her ex-husband, Ritesh Singh. She further stated that she went into depression and didn't speak to anyone for a long time. Looks like Rakhi was in deep pain after parting ways with Ritesh. 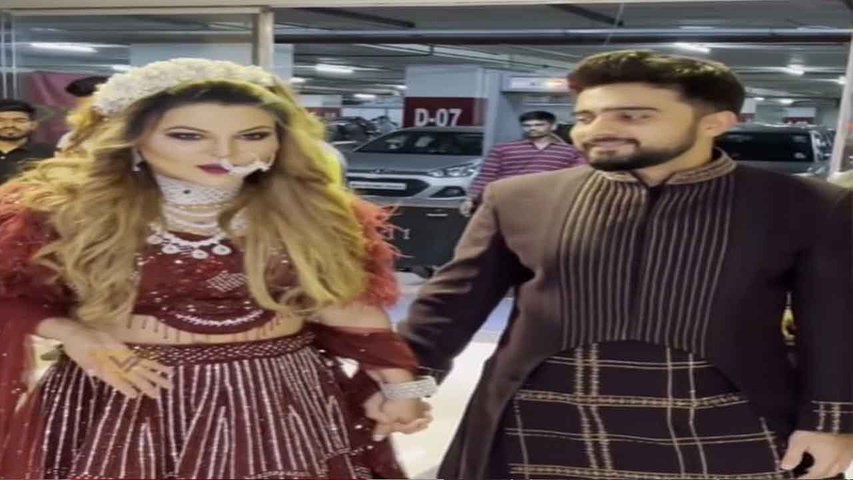 Coming back to her relationship with Adil Khan Durrani, she is not leaving any stone unturned to keep her bond strong with her boyfriend. In conversation with Filmy Kalakar, Rakhi recently revealed that her boyfriend doesn't like her showing cleavage, hence, she has changed her dressing style according to his wish.