Rucha Hasabnis, who played the role of Rashi in Saath Nibhaana Saathiya recently announced her second pregnancy on Instagram. While sharing an adorable picture of her daughter, Rucha captioned the post as, "ONE MORE TO ADORE ✨🥰✨." 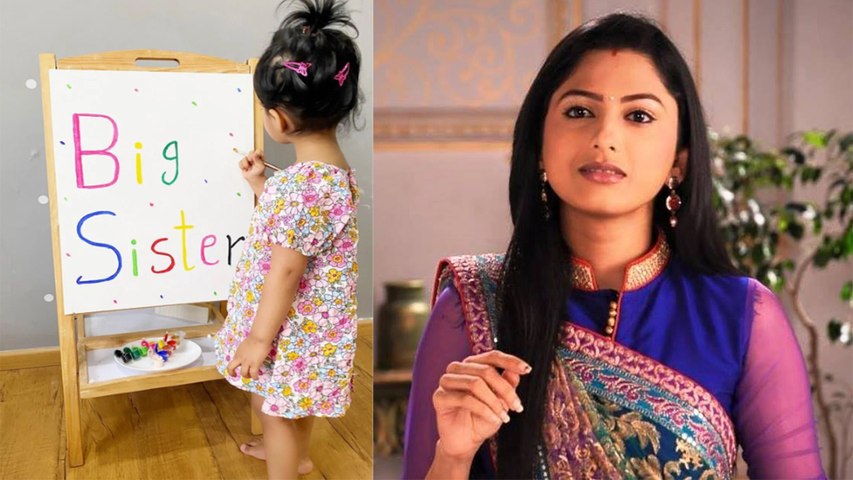 In the picture, one can see Rucha's daughter writing 'Big Sister' on the canvas. Let us tell you, it is indeed a happy moment for Rucha and her family. After her announcement, Rucha's friends from the industry have been congratulating the actress in the comments section. Actors such as Devoleena Bhattacharjee, Bhavnini Purohit, Adaa Khan, Kajal Pisal, Bhushan Pradhan and others have so far congratulated Rucha Hasabnis.

For the unversed, Rucha Hasabnis got married to Rahul in a traditional Maharashtrian ceremony on January 26, 2015. In December 2019, she gave birth to her first baby girl. Rucha is currently away from showbiz as she is busy with her family. Her husband is not from the industry.

She was in the news in 2020 when Yashraj Mukhate made a parody video on her famous scene from the show Saath Nibhaana Saathiya. The 'Rasode Mein Kaun Tha' moment had indeed taken the internet by storm. Now, fans are eagerly waiting for Rucha's baby and its first glimpse!