Shaheer Sheikh is one of the most popular actors in the Indian TV industry. He has a very loyal fan base and they love him for his charming looks and amazing acting talents. Recently, he featured alongside Jasmin Bhasin in a music video 'Iss Baarish Mein'. The duo is receiving a lot of praise for their chemistry in the music video.

Recently, in an interview with News18.com, Shaheer Sheikh shared his experience working with Jasmin Bhasin. He said, "I remember, nobody had even introduced us, and that was the first time we met, I guess. From the very first shot, she was a thorough professional, and it wasn't any problem to work with her, everything was quite smooth." The actor talked about his perception of Jasmin and said, "Whatever I've seen on screen and we have some common friends, so, she is just a bubbly, fun-loving, full-of-life girl. She is always smiling and happy, and that is what I was expecting."

A few weeks ago, many TV actors expressed their opinion about the treatment they get in the Hindi film industry. Many celebs also said that they worked very hard to enter Bollywood. When Shaheer was asked about the same, he said that there is a lot of competition due to a very large population. 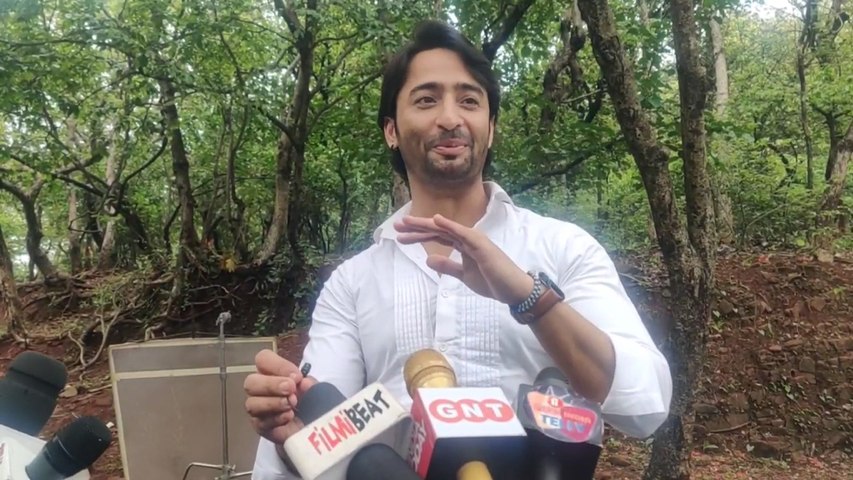 The Woh Toh Hai Albelaa actor said, "It's not easy, for anyone, I mean, if you are saying that it is easier for people from the industry, I've seen so many people who are from the industry, even some big names from the industry, who were not able to make it, were not able to do much. I guess it depends on the audience, and what they are ready to accept. I think if our audience has seen somebody on the screen continuously, for years, I think it is difficult for them as well to see someone as a hero or pay for tickets for the theatre. That has been the lookout as well because there are so many TV actors who have gone to that side, and a lot of them have been successful. But yes, it is maybe a little more challenging. Acceptance has to be there. If we start accepting new faces from the TV and watch their films if it's good content, give them a good opening, so things will change."