One of the greatest gifts that mankind has ever received in this world is the gift of Music; one that gives a soul to the universe, wings to the mind, flight to the imagination, and life to everything around. We have adored musicians, especially singers because of the brilliance their voices exude and the magical feeling it evokes. While most of them aced their musical skills with years of dedication and practice, there are few gems born with extraordinary singing talent as god’s gift.

Unearthing these diamonds in the rough, Sony Entertainment Television is proud to bring back its homegrown kids singing reality show – Superstar Singer 2, after a super successful first season. The first edition of the show received an overwhelming response as it perfectly hit the right chord with the audience making Superstar Singer a blockbuster hit week-on-week since its launch.

Taking the legacy forward of celebrating 'Singing Ka Kal’, this new chapter, produced by The Content Team (TCT), will continue its quest of finding India’s next Superstar Singer starting 23rd April every Sat-Sun at 8 pm only on Sony Entertainment Television.

With participants under the age of 15 years, the show is set to cast a melodious spell on the audience, as they put the spotlight on the young singing prodigies from the undiscovered corners of the country. Nurturing the musical expression and passion of the young singing dynamites will be the 'Captains’ - Arunita Kanjilal, Pawandeep Rajan, Sayli Kamble, Mohd Danish and Salman Ali.

Returning to the Super judges panel to evaluate the talent will be the three renowned stalwarts from the music industry - the well-known playback singer known for her golden voice, Alka Yagnik; celebrated Bollywood playback singer Javed Ali, and the multi-talented music director and singer Himesh Reshammiya. And, keeping the entertainment quotient intact with his hilarious quips, singer par excellence Aditya Narayan will be the phenomenal host & dost this season.

Having proved their mettle and winning millions of hearts with their extraordinary singing talent, the Captains visited every nook and corner of the country to bring forth some of the most brilliant voices the country has ever heard. Naming a few from the talented bunch of contestants that one must look forward to are Sargam Kushwaha, a visually impaired girl who sees this beautiful world with her music; the 12-year-old Pranjal Biswas who will charm everybody’s heart with his innocence and his dotara and 12-year-old Harshita who with her jazba for singing will prove that music the universal language of the soul. Kickstarting the show with the Audition round, the chosen contestant by the captain will get a chance to enthrall the judges with their singing talent and win the 'Suron Pe Mohar’ that will help them qualify for the next round. The second phase which is the Mega Audition phase will see the selected contestant put forth their best foot forward to secure their place in the Top 15. With the Grand Premiere, the judges will announce the Top 15 contestants and the captains they are allotted to in their journey ahead. Week on week, these 15 contestants will be groomed by their respective captains to impress the judges & the audience; win medals to maintain their stronghold on the leader board, and get one step closer to winning the title of 'India’s Next Superstar Singer!’

Starting 23rd April witness, a fun-filled musical extravaganza with a refreshing set of talent and spectacular voices that will blow your minds and steal your hearts, all at once, as the journey to finding the next Singing Ka Kal begins. Tune in to watch Superstar Singer 2 starting 23rd April, every Saturday & Sunday at 8 PM only on Sony Entertainment Television!

Sony Entertainment Television has been a pioneer in introducing formats and narratives that are fresh, relevant, engaging, and entertaining for our audience. Through our shows like Super Dancer, Indian Idol, and Shark Tank India amongst others, we have been creating opportunities for the audience across age groups to showcase their skills be it dancing, singing, or even pitching a business idea. Having said that, our homegrown kids singing reality format – Superstar Singer is a great testimony of the same and has been a great learning curve for all of us. After the massive success of season 1, we are excited to announce the second edition of Superstar Singer. Kickstarting a new chapter of finding India’s Singing Ka Kal, the second season will focus on nurturing the young singing talent and guiding them in their musical journey with a mentor – who is none other than Indian Idol prodigies – Pawandeep Rajan, Arunita Kanjilal, Sayli Kamble, Mohd Danish and Salman Ali as the Captains. With a perfect showcase of extraordinary young singing wonders, Superstar Singer 2 is ready to take the audience on a musical journey.

Superstar Singer is amongst the best children’s singing shows in the country as it focuses on learning more than the competition. Right from its inception, we have been proud of this show and the immense love and popularity that we received during Superstar Singer Season 1 assured us that the next season will be received with more love and enthusiasm. This season is going to be even bigger and better. Sony TV is the best platform to showcase any talent and this year the kind of talent we have on Superstar Singer 2 is going to take the country by storm. The Content Team (TCT) and Sony TV together have given path-breaking successful shows in the past and we hope the audiences enjoy the upcoming season of Superstar Singer as much as we did create it.

I am elated to be a part of the second edition of Superstar Singer! I can vouch that there has been a stupendous surge in the talent that keeps coming to the platform each year. Today, kids are much more talented, sharp, and have a keen sense of adaptability which helps them grasp things very quickly. I am confident when I say that the talent this year is endearing and comes with a superior level of singing. Being a singer when I look back, I can see the evolution of singing in these contestants and that makes me proud!

What makes Superstar Singer unique is the fantabulous young singing talent that we get to witness on stage. The confidence, sharpness, and versatility these kids display with their singing talent leave me in awe all the time. It’s outstanding! Be it Indian classical, rock, pop, or rhythm and blues, they are adept at belting all of it to precision. They can catch the correct sur, and have a musical sensibility at such a young age. If guided properly, we can safely assure the music industry of a bright future. I have immense faith in the newly appointed captains, who will be able to lead these young talents in the right direction and bring the best out of them. 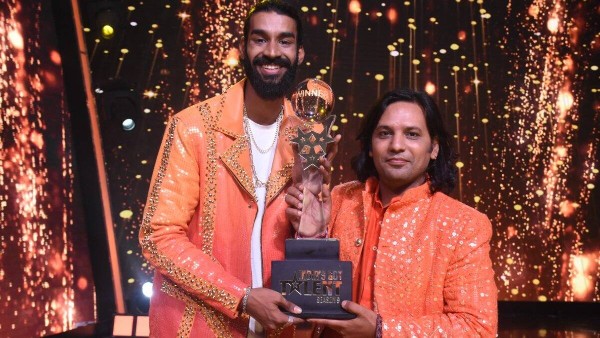 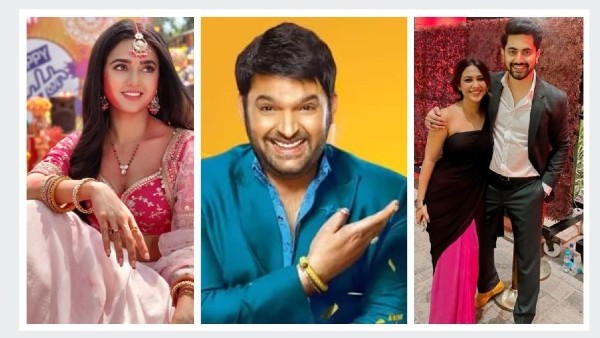 Superstar Singer is not just a journey of finding 'Singing Ka Kal’, but a great learning experience not only for the contestants but for the captains and us too. Kids these days are one step ahead when it comes to learning something; they pick up stuff quickly and do it with perfection. The way we mould our young talent will determine the future of the country. I strongly believe that this show will nurture the best singing talents by incorporating a hunger for learning and exploration amongst the kids. And, with Superstar Singer the kids are provided with the right environment where they will get to hone their singing and grow from better to best. As they say, 'The early bird catches the worm’. I am confident that this season will be a dhamaka and I am looking forward to finding the next Superstar Singer.