Although Shah Rukh Khan made a late entry, as soon as he arrived, he stole the show! The actor, who arrived in style in a bike, performed on 'I Am The Best' from Phir Bhi Dil Hai Hindustani. On the other hand, Shehnaaz grooved to Katrina Kaif's 'Chikni Chameli' (Sana is known as 'Punjab ki Katrina'). She also grooved to 'Nach Punjaban' with Anil Kapoor at the event.


Before the performance, Shehnaaz said, "This is my first performance. If you like it, thank you. If you don't, still thank you." Divyanka Tripathi, who attended the event, was seen enjoying the performances. Meanwhile, Shehnaaz, who made other guests at the event also dance, was praised for her powerful performance and fans trended her on Twitter with #ShehnaazAtUmang2022.

One of the users wrote, "You don't have any idea how energetic you and your performance are 🔥❣️❤️," another user commented, "When I see shehnaaz I remember 'Work Hard In Silence Let success Make A Noise'."

This lil ball of sunshine and her aura, I-🥵🫶🏻#ShehnaazGill | #Umang2022pic.twitter.com/1LhsMqjAQQ

The King's entry at #Umang2022 on a bike 🔥#ShahRukhKhan pic.twitter.com/vSoP25bjZM

Telly Town's favourite couple Tejasswi Prakash and Karan Kundrra were also seen at the event. The couple arrived together- While Karan looked dapper in a white shirt, black embellished blazer and pants, Tejasswi looked beautiful in a green saree, pink blouse and an elegant choker necklace. Fans were super excited seeing their pictures going viral on social media and called them the 'power couple'. 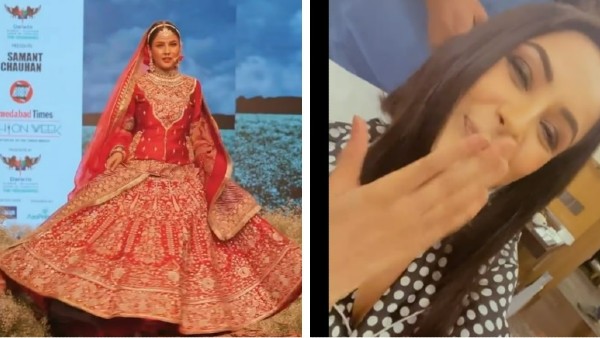