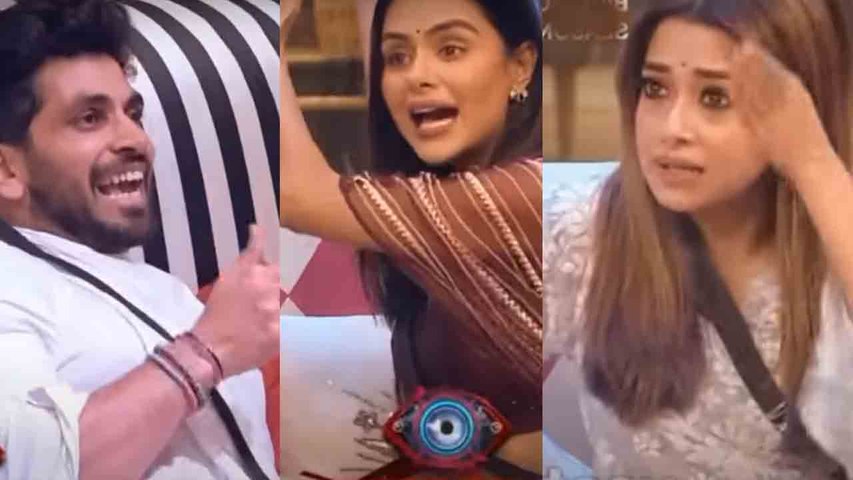 It is just a couple of days left for the grand finale of Bigg Boss 16 and the ticket to finale week task has certainly spiced up the game. As Nimrit Kaur Ahluwalia holds the Ticket To Finale Week being the captain of the house, other contestants have been trying to overturn her captaincy. Interestingly, as Bigg Boss gave the housemates another chance to have the ticket to finale week, it resulted in an ugly fight between Priyanka Choudhary and Shiv Thakare wherein the Udaariyaan actress had allegedly demeaned the latter.

This happened after Priyanka stated that Nimrit doesn't deserve to be a captain as the housemates were seen sleeping time and again in the house. This didn't go down well with Shiv who nullified the point. This sparked an ugly argument between the two. However, things took a nasty turn after Priyank claimed that Shiv spoke ill about girls during his conversation with the golden boys Sunny Nanasaheb Waghchoure and Sanjay Gujar. In fact, Priyanka even asked Shalin to confirm the same, however, he completely denied having any such conversation. Needless to say, Priyanka's allegations didn't go down well with Shiv who lost his cool.

He even questioned Priyanka "Ladkon ka character nahi hota hai kya?" He even stated that it was a deliberate allegation as he was opposing Priyanka's allegation and even defended himself stating that he has spoken ill about women. Shiv also emphasised that if everyone has been talking about women's character assassination, contestants shouldn't assassinate the character of male contestants on the show. On the other hand, MC Stan stood strong with Shiv and was seen calling out Priyanka for her remarks.

Interestingly, Priyanka and Shiv will once again be seen locking the horns tonight and this time it will be about taking the room in the house. To note, as the popular reality show is just days away from pulling its curtains down, Bigg Boss decided to close 2 rooms permanently. Bigg Boss even asked the housemates to take up the remaining rooms through mutual discussion. This resulted in another fight between Shiv and Priyanka as they both were vouching for the same room. It will be interesting to see if their rivalry will come to an end anytime soon.