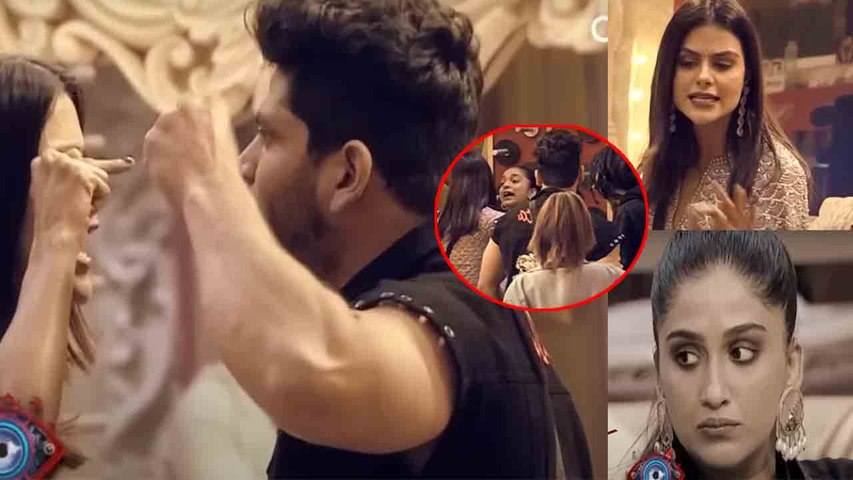 Bigg Boss 16 witnessed a dhamakedar twist after Soundarya Sharma was eliminated from the show. As the popular reality show got its top 8 contestants, the fight to survive got more intense. And now, the upcoming episode will witness another fight for survival as Nimrit Kaur Ahluwalia will have to defend her ticket to finale week. In the new task, housemates will be given a chance to overturn Nimrit's captaincy by taking out a ring from the board. However, the task is likely to take an ugly turn wherein Priyanka Choudhary was seen getting into a physical fight with Sumbul Touqeer Khan.

This happened after Priyanka gave her reason to overturn Nimrit's captaincy and said that the Choti Sarrdaarni actress failed as a captain as housemates were spotted sleeping in the house. This didn't go down well with Shiv Thakare and Sumb and they were seen defending Nimrit. As Priyanka was keen to take the ring out, Sumbul stood strong as a wall and nullified her reason. This resulted in a physical fight between the ladies. While manhandling anyone has been a violation of the rules, it will be interesting to see if Priyanka or Sumbul will be punished by Bigg Boss.

PRIYANKA fighting like a Sherni all alone vs Mandli in task 🔥💥

Meanwhile, Priyanka has been making the headlines after she was slammed by Gauahar Khan for pushing Soundarya Sharma's elimination. For the uninitiated, Priyanka and Shiv were seen voting against Soundarya when they were given a chance to eliminate one of the nominated contestants lately. Expressing her opinions about it, Gauahar tweeted, "Just by having relationship issues u don't become involved in a show. Soundarya has been most involved in everything. She stood out as an individual. The housemates r so wrong in how they perceive involvement! Priyanka drove this decision, to get Soundarya out, I wonder if lesser women around means lesser competition. I do not agree at all with shiv n Priyanka. Soundarya was stronger than most in there!"