Bigg Boss 16 update: Just when we thought that the drama in Salman Khan's show is over, the housemates proved us wrong. They engaged in a heated argument during the Ticket to Finale segment and nominations, setting several tongues wagging. It was Priyanka Choudhary versus the 'Mandali' (Shiv Thakare, MC Stan and Nimrit Kaur Ahluwalia).

The makers teased us by sharing a clip from the upcoming episode, hinting that it will be full of fights and drama. Ardent fans of Bigg Boss 16 expressed their displeasure after Nimrit Kaur Ahluwalia, MC Stan and Shiv Thakare targeted Priyanka Chahar Choudhary and ganged up against her.

While netizens are surprised over Shiv Thakare and MC Stan not playing for themselves and supporting Nimrit, Priyanka Choudhary's fans have shared their concern over the way the duo slammed her when she pointed out the rules that were broken during Nimrit's captaincy. 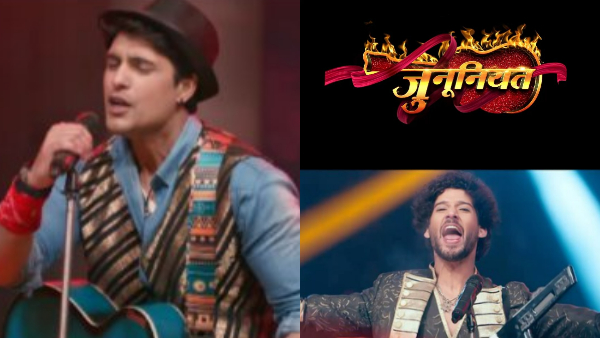 Nimrit Vs Priyanka Once Again In Bigg Boss 16

In a new promo that is going viral on the internet, Nimrit Kaur Ahluwalia is seen targeting Priyanka Chahar Choudhary in the nominations. The Choti Sarrdaarni actress stated that Priyanka feels like she can comment on others' relationship in the Bigg Boss 16 house.

While Priyanka Choudhary tried her best to give points to remove Nimrit Kaur Ahluwalia from captaincy, MC Stan and Shiv Thakare ganged up against her and passed demeaning remarks on her. Despite being alone, Priyanka continued to fight against the two friends, reminding Shiv of the things he said about her and Ankit Gupta.

Twitter users supported Priyanka Choudhary, lauding her for fighting for Ticket to Finale unlike other contestants. One user tweeted, "So is the whole mandali fighting for nimrit to keep the ttfw? No one is interested to even win for themselves? #BiggBoss16."

One fan wondered why the mandali members didn't play to secure a place in the finale.

"I don't understand this. Why are #SumbulTouqeerKhan #ShivThakare and #MCStan not playing in the ticket to finale task for themselves and letting their friend win? Toh phir trophy bhi de do. It's an individual game at the end of it. Sirf ek hi jeetega. Toh apne liye khelo. #BB16," the tweet read.

On a related note, Bigg Boss has announced that only three weeks are remaining for the grand finale and the housemates must leave no stone unturned to secure a spot as a finalist.

Are Shiv Thakare, MC Stan and Sumbul Touqeer Khan wrong in supporting Nimrit Kaur Ahluwalia and not playing for themselves in Bigg Boss 16? Share your thoughts with us by dropping a tweet @Filmibeat.

Stay tuned for more updates related to Bigg Boss 16 and the contestants.