Karan Kundrra and Tejasswi Prakash are counted among the most popular and loved TV stars. In 2021, they entered the Bigg Boss 15 house with the goal to win the trophy. However, they had no idea that they'll find each other in the chaotic house.

For the unversed, Karan and Tejasswi first met each other on the controversial reality show, hosted by Salman Khan, and eventually fell in love with each other during their stay inside the Bigg Boss house. 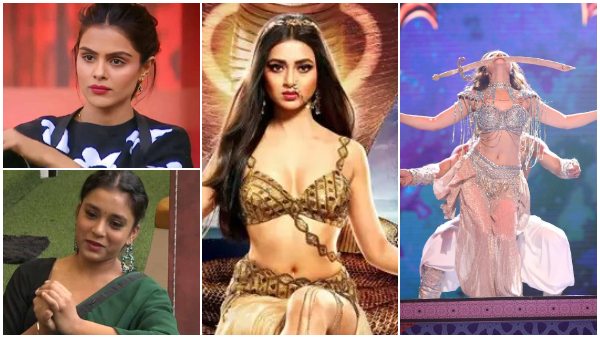 Naagin 7: Not Priyanka Or Sumbul, Fans Want THIS Ex Bigg Boss Winner To Play Naagin In Next Season

Last year, Tejasswi walked away with the winner's trophy while Karan was the second runner-up. Since then, the much-in-love couple is going strong. In a recent interview, the actor finally talked about their marriage plans. Here's what he said.

Karan Kundrra On His Equation With Tejasswi

Talking about his relationship with Tejasswi, Karan told ETimes, "When you are clear about things, these things don't seem important. Jab ek relationship mein koi cheez lack karti hai tab aap tension lete hain inn baaton kee. There is an unspoken clarity between us that this is not something we should be worrying about. Our parents know each other. We are together throughout the day and away only when we are shooting."

Karan On His Marriage Plans With Tejasswi

Talking further, Karan revealed that they aren't thinking about marriage yet and added, "Usually, insaan pakk jaate hain itna time saath mein reh kar. We continue to discover each other, have been through ups and downs in our relationship, but every time something unfavourable happens, we emerge stronger. So, these things don't seem important kyunki pata hi hai. Considering that this relationship is ki jab jo hona hai ho kar hi rahega toh tension lena hi band kar do. This is a no-tension relationship. Iss relationship mein siyappe nahi hain."

TejRan Currently Focusing On Their Careers

Karan and Tejasswi are in a happy space and currently want to focus on their careers. While is currently playing the titular role in Colors TV's Naagin 6, Karan is making his fiction TV comeback with the much-awaited show Ishq Mein Ghayal.

Karan Kundrra will be seen playing the role of a werewolf in Ishq Mein Ghayal, co-starring Gashmeer Mahajani, and Reem Sheikh. The supernatural drama will premiere on Colors soon. However, the makers are yet to reveal the launch date.

While Karan is returning to the small screen, Tejasswi's Naagin 6 is all set to bid goodbye to the viewers soon. After a successful run of almost a year, the supernatural drama is expected to end in mid-February.