Devoleena Bhattacharjee, who became a household name, with her role of Gopi bahu in Saath Nibhana Saathiya, is quite active on social media. She has been keeping her fans updated with the latest pictures. Of late, there were reports that the actress might participate in Bigg Boss 13. But, there are also speculations that she has opted out of the show as the makers refused to pay huge amount she demanded. Apparently, she is now getting ready for her Assamese music video debut!

As per an IANS report, she is currently shooting for the song titled 'Ramdhenu' in Ladakh.

Devoleena said that she is happy and excited to star in an Assamese music video. The actress also added, "As I belong to Assam and we speak Assamese, I literally enjoyed working with the team."

The Actress Slays In A Yellow Sari

The song is sung by Vreegu Kashyap. She says that it is a treat for her fans in Assam as they have been waiting for it. She told IWMBuzz that this is just the beginning and there is a long way to go!

Devoleena also shared a few pictures in which she was seen slaying in a yellow sari against the backdrop of the valleys of Ladakh. She captioned the picture, "Ladakh diaries💛 Coming soon......... "Ramdhenu" #devoleena #shooting #musicvideo #Assam #ladakhdiaries #actorslife." - (sic)

Devoleena's look reminds us of late Bollywood actress Sridevi's song, ‘Tere mere hothon pe' from the film Chandni, in which she was seen dancing in a yellow sari in the backdrop of the lush green Swiss valleys. We wonder if Sridevi inspired Devoleena!

Fans were all praise for Devoleena's looks. One of the fans wrote, "So gorgeous😘😘😘😘😘😘😘😘💞💞💞," another fan commented, "Prettiness 😍😍😍 You looking so so so so so gorgeous in that yellow saree 💛💛💛 lots of congrats for ur 1st & Assamese music video... Super esger & excited to watch it ❤️" - (sic) 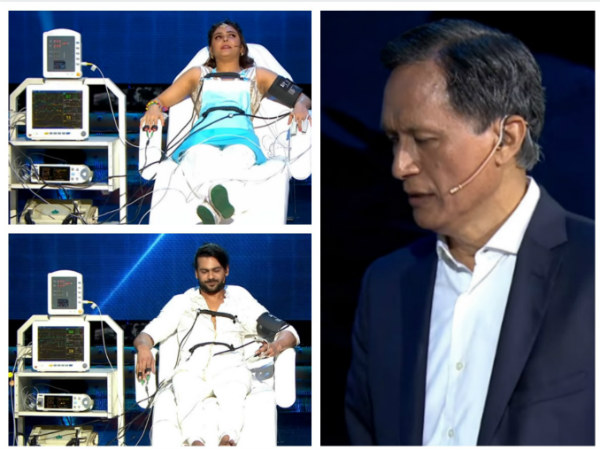