Aahana Kumra, after starring in Voot’s Marzi alongside Rajeev Khandelwal, has now made her Netflix debut with Betaal that’s been co-produced by Shah Rukh Khan's Red Chillies Entertainment. The actress, in a recent interview with Pinkvilla, opened about the zombie horror series, meeting Shah Rukh Khan and more.

Aahana revealed, "My EP called me when SRK visited sets because I wasn't shooting that day. I went on the set's editing room and SRK introduced himself to me and I was like 'wow, is he for real?' He is a very shy and observant person. I was in awe of him. My scene was pulled out and he saw it and asked me if I did something like this before and I said I didn't. I kind of left and then my EP called again and asked me to come again. I went back and he was there and it was just nice to sit with other co-workers and just listen to him where he was telling us his experiences. I was just looking at him. I was like can this just continue for 8-9 days. It was nice of him to make us feel inclusive. This is an experience you will take it to your grave."

On being quizzed if she had any apprehensions about wearing prosthetics, the actress replied, "Honestly, I feel everyone gets a certain kind of roles and we play it to our best abilities. I think no one has ever put me in a box considering me beautiful, they have looked at me from a character point of view and I have got some good roles because of that. I have lived so many lives because of the kind of character offered to me. Hence, it was not a difficult decision for me, but in fact, it was very easy. When Patrick told me I will be wearing prosthetics for the part, how many women have got these opportunities? Very few. I got this opportunity. She is a very feisty character." 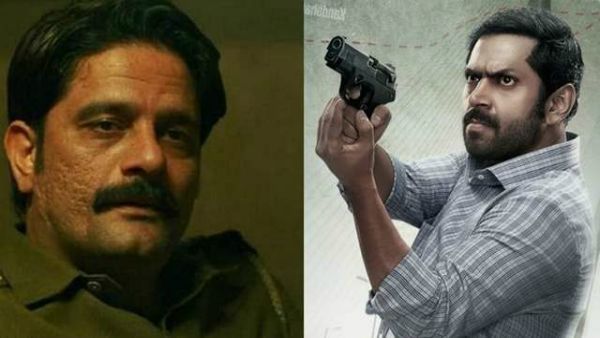