Popular VJ turned actor Bani J is over the moon about her web series Four More Shots Please! being nominated under the Best Comedy Series category at the International Emmy Awards 2020. The actor hopes that she will be taken more seriously as an actor now.

Bani also opened up on taking her time to explore the craft of acting, and shared that she is not someone who can take up one project after another without a break.

Speaking to Hindustan Times about the nomination, Bani said, "This is unbelievable. We can't even get over the discussions. Such recognition does validate the contribution of everyone who worked on the show. Hopefully I'll be taken more seriously as an actor. So I'm looking forward to what exactly changes around me."

Bani also expressed her happiness for her previous neighbour, Arjun Mathur's nomination under the Best Actor category for his performance in Made In Heaven (web series).

Talking about why she decided to hone her craft a bit more after making her acting debut with the 2007 film Aap Kaa Surroor - The Real Luv Story, Bani said, "I needed to be ready as a performer, feel that I've the capacity to express this vastness of emotions. Earlier I didn't have it. You can't fake it in front of the camera."

She also shared that she cannot work on multiple projects at a time. This was the reason she said no to film offers while shooting for the first season of Four More Shots Please! She even took a break after wrapping up shoot for the series.

"I'm not those actors who can keep going, kudos to those who can. Also, I can afford to say yes or no to work, thankfully," she said. 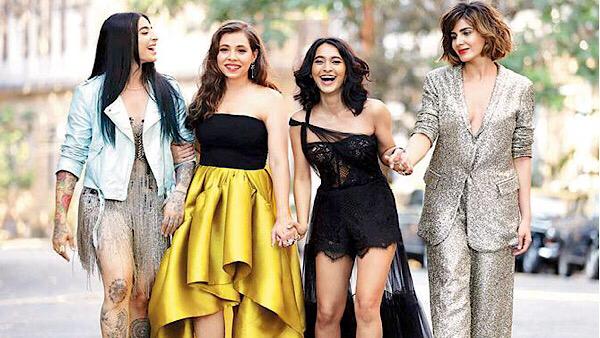 ALSO READ: Kirti Kulhari On Emmy Nomination For Four More Shots Please!: It Is Icing On The Cake