This holiday season you may not be able to enjoy much time out with family, but like the rest of the year, entertainment can be found right at home. You can snuggle up with your love ones with a steaming mug of hot chocolate, some candy canes and a bring back the holiday spirit, with some of these best Christmas releases on OTT platforms like Netflix and Amazon Prime Video.

The Princess Switch Series (Netflix)
Back in 2019, Netflix began a holiday world universe, which also includes the Vanessa Hudgens-starrer The Princess Switch series. The sequel starring Vanessa Hudgens in three roles was the last release. The film follows Duchess Margaret, who unexpectedly inherits the throne to Montenaro and invites her lookalike Stacy for her upcoming coronation. The story gets complicated when Stacy has to save the day as the third lookalike, party girl Fiona foils their plans.

Polar Express (Amazon Prime Video)
Polar Express is one of the classic Christmas films of all times. The Tom Hanks-starrer follows a young boy who boards a train and embarks on an extraordinary journey to the North Pole to meet Santa Claus. While on the journey, he encounters special people that makes his journey memorable.

The BAFTA award-winning animated film follows the worst postman in the academy. He then gets sent to a remote post in a frozen town in the North, where he discovers Santa Claus is hiding out. It is up to him to bring the Christmas sprint back to the grim town as well as in the heart of Mr Claus.

The film follows two siblings who plan on catching Santa Claus on camera on Christmas Eve. Instead, it leads them to an unexpected journey to the north pole after sneaking into Santa's sleigh and nearly killing Christmas. The film is bound to leave you filled with the holiday spirit and is the perfect family movie series.

The only musical on the list is the perfect Christmas film. Set in the gloriously vibrant town of Cobbleton, the story follows legendary toymaker Jeronicus Jangle and his equally bright and inventive granddaughter, who has to reawaken the magic in their toys. The film has been praised for its visual appeal, music as well as the performances.

Some of the other classics to watch are Home Alone series, Die Hard, White Christmas, The Nightmare Before Christmas and many more. 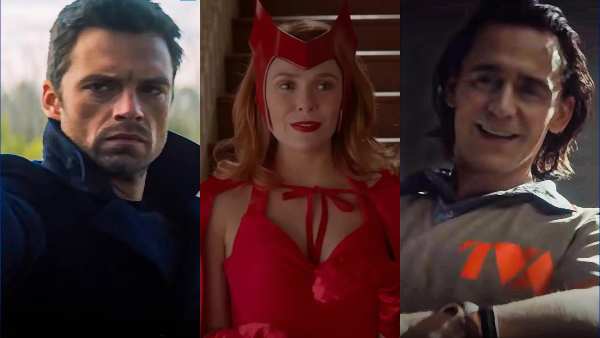