Tanya Maniktala who debuted with A Suitable Boy, recently opened up about her upcoming shows Chutzpah and Feels Like Ishq with Filmibeat. The actress also got candid about her growing up with the '90s Bollywood movies and added "It would be a matter of great, pride and honour to me if I get to explore that."

Tanya's previous release A Suitable Boy had faced backlash on release due to a kissing scene. However, the actress said that it is important both sides be heard. Talking about the cancel culture on OTT she told Filmibeat, "If we do not tell our story, if we do not tell our truth, it is not justice to us. If it does trigger someone then we need to be more conscious of it, at the same time finding out only one side of the story can do a lot of damage. And both sides need to be heard."

Chutzpah has a very interesting concept, it is even more relatable since for the past two years everyone has been glued to their screens. What did you think about the show when you first came across it?
It was very relatable especially because of the lockdown. When I read the script, I definitely knew that the show has a very unique concept that has never been seen before. For a larger part of our life, we also rely on technology and the internet so this was something that the audience would connect with. The show explores not only the love-dovey side of the internet but also the darker side of the internet. So there is no filter on Chutzpah, which I thought was very brave on the maker's part.

The show is high on VFX and all the actors shot separately in their own zones, how was the experience? Was it difficult to work alone without seeing how your co-star would react?
It was definitely a challenge because a large part of the acting is reacting to your co-stars, and that was taken away from me. We did have to do a lot of prep before starting the shoot, so it was seamless since from the first scene to the last scene everything was planned. Still, a format like this can take away the comradery that you have on set with co-stars.

But it definitely was a challenge for me because I have never shot for something like this before. Chutzpah turned out to be a very interesting chapter in my life. 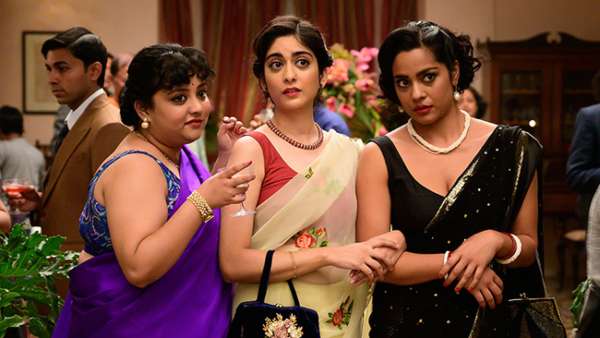 You have become a well-known face after your first big project, A Suitable Boy. How are you dealing with the fame and what are your plans here on out?
The love has been overwhelming and I am very gracious for all the support and love I received for Tanya and Lata (her A Suitable Boy character). I am very excited to set off on this new adventure. I hope that all of my characters receive as much love as Lata did. I hope that when the audiences see me in other projects, they realise that there is so much more to Tanya.

I don't know what's to come, so I am taking one step at a time. I do not want it to overwhelm me as it is very easy to get overwhelmed in this situation. But I am taking it slow and I am glad that I have this opportunity and the love that I am getting from the OTT platform. I have two releases coming out this week, I feel grateful.

All your projects have been very different? As someone who has been interested in acting for years have you planned to do certain stories?
When I am choosing a project, I try to keep in mind the impact it will leave on the audience. I also try to choose characters that have a range of emotions. I do want to explore the darker side now, something mysterious and brooding kind of Tanya now.

Do you think the audience today has become very sensitive? If they get even slightly uncomfortable with the scenes they start calling for a boycott. Do you think if filmmakers keep adhering to the cancel culture then the quality of content might degrade?
I think we as a generation have lost our patience, we do tend to get triggered by the slightest of things. It is something that we also need to work on. It's not always the creator's fault, it is very easy to take things out of context. If we do not tell our story, if we do not tell our truth, it is not justice to us. If it does trigger someone then we need to be more conscious of it, at the same time finding out only one side of the story can do a lot of damage. And both sides need to be heard.

The projects you work on are very different from films and shows that you grew up watching. Do you see it as progress or is there any sort of films that you think should make a comeback?
I grew up on hardcore romantic Bollywood movies, the 90s was the age of romance. It would be a matter of great pride and honour to me if I get to explore that. All in good time I hope. The kind of content being created right now is very different and it has evolved a lot. But keeping in mind that the '90s were classic, romance can never go out of style, so I would definitely want it to make a comeback. 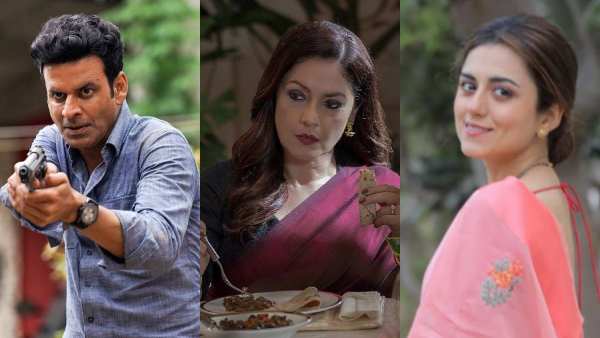 When are some of your other projects releasing?
Feels Like Ishq is also releasing on Netflix this week, so that is another shade of Tanya that fans will get to see. Mumbaikar with Santosh Sivan sir will also release sometime soon.