Actress Anya Singh is basking in the success of the ZEE5 comedy series Kaun Banegi Shikharwati. The show was released on the OTT streaming platform on January 7, 2022, and also stars Naseeruddin Shah, Lara Dutta, Soha Ali Khan, Raghubir Yadav and Kritika Kamra in the lead roles. In an exclusive chat with Filmibeat, the actress spoke about her experience while working on the dysfunctional family drama.

Anya Singh revealed, "It was an absolute treat for me to be working with such a cast and you know we had a lot of fun. A lot of people have asked me, what it was like to work with three other women and if there was a moment when we didn't get along. But because of our various age differences, it was literally like a family thing together and felt like home." 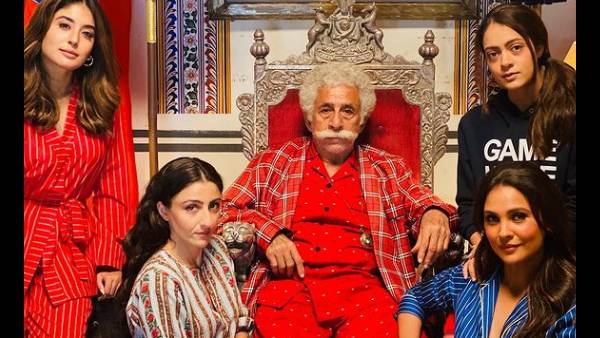 Furthermore, Anya Singh spoke about the level of nervousness and intimidation that she had while teaming up with an impeccable and senior star cast on the show. On this, the Velle actress said, "I was not a little nervous but extremely nervous and really intimidated. They're such wonderful actors, so nuanced and these are people whose work I've really admired. I remember my second day of the shoot was with Naseer Sir (Naseeruddin Shah) and there was this long scene between us. I didn't want to leave the room because I was so nervous so anytime the ADs used to say that there is a 15 or a 20-minute delay, I used to get happy. Naseer Sir always treated us like equals even though I was the youngest and to give that respect to somebody who's so young, is so nice. This breaks all the barriers between your actors and at the end of the day, I'm playing his daughter so I would talk to him in a certain way." 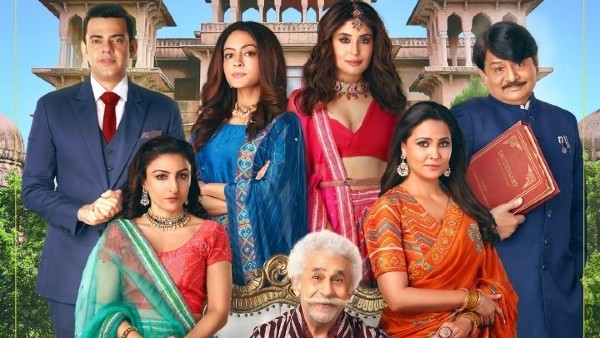 Kaun Banegi Shikharwati has been helmed by Gauravv K Chawla and Ananya Banerjee. The plot of the series revolves around an eccentric king of Shikharwati and his four waring daughters. On the work front, Anya Singh was also seen in the comedy film Velle alongside Karan Deol and Abhay Deol.