Ashish Sharma, who is popularly known for his role as Lord Rama in Siya Ke Ram, and has done many other popular TV shows, will be seen playing young Narendra Modi in Eros Now's biopic on PM Narendra Modi titled 'Modi', which his directed by Umesh Shukla. In an exclusive interview to Filmibeat, Ashish revealed as to how he bagged the role and what made he accept it. He also revealed as to why people should watch his web series.

I was called by Umesh sir's office and I was pretty excited to be even considered by such a prolific director. When I met him, I had no idea what he had in mind, and then he offered me Modi. I was taken aback as it's a biopic and I don't look like Mr Modi. I was a little apprehensive about it. Then Umesh sir told me clearly that he wasn't on a lookout for a lookalike but an actor who can take forth the ideology and can portray the individual with sincerity and genuinely. This made sense to me and I came on board.

2. How did you feel playing the role of young Narendra Modi ji?

It's a huge responsibility as I have to take forth a chapter of his life which is not much documented and still needs to be told because that journey lay the ground of the individual that he is today. I feel extremely responsible and honoured at the same time to be portraying one of the most prolific leaders of our time.

3. How did you prepare for the role?

I usually take my own time to prepare and get the psyche right of any human being I am portraying. But here, I had very less time and little reference points. The team had spoken to a lot of people who knew Mr Modi while he was young - his friends his relatives, school teachers, people he lived with at that time. They had a lot of personal accounts of him to share. These helped me create his personality. What we see him today, is a groomed individual, groomed by years of active politics and public life, so I had to deconstruct him in my head and create an individual which will lead to become the leader we see today and that's what the journey is also all about.

4. In the web series, even Faisal Khan and Mahesh Thakur will be seen playing Modi ji at different ages. Also, there is also a movie coming up on Narendra Modi ji in which Vivek Oberoi will be playing the role of the PM. There will definitely be comparisons between all the actors playing the PM. What do you have to say about this?

Indeed that's natural but with respect to two other actors in my series playing him, we all play different eras and age and I guess that's what sets us apart. More than comparing, the audiences will see it as a progression of an individual, that's the journey we are portraying.

As far as the film goes, a bunch of really talented people are handling that, but in my opinion, a web series has more screen time to get into more details. The kind of journey we have to portray it requires that much time to get the audience a detailed and engaging account of Mr Modi's life.

5. One reason why people should watch your web series?

It's directed by Umesh Shukla - one of the best craft masters we have around. He doesn't shy away from handling reality. The show is unbiased, engaging and 'slice of life' kind of narrative of an ordinary young boy becoming this influential political figure. If you watch it without knowing Mr Modi you will still enjoy the journey.

6. What about your future projects - Any TV shows, movies or web series?

Under my own banner Rachayita Films, my first film Khejdi has been travelling around the world and is all set for an international release in Thailand in the second quarter of this year. Other two films are ready to roll right after that as well. So I have my hands pretty full as of now. 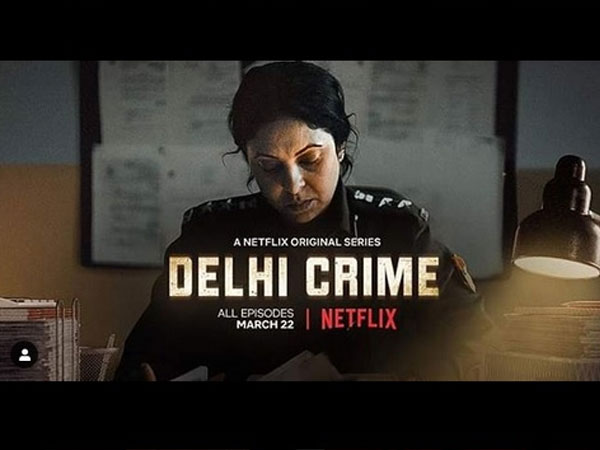 Most Read: Delhi Crime Review: The Show Based On Dreadful Nirbhaya Gangrape Case Will Give You Goosebumps!