Acclaimed director Nagesh Kukunoor's first OTT venture, City Of Dreams Season 1 turned out to be one of the successful web series in 2019. Released on Disney+ Hotstar, the show stars Priya Bapat, Siddharth Chandekar, Eijaz Khan, Sachin Pilgaonkar and Atul Kulkarni in key roles. After impressing the audience with the first season, the makers are all set to release the second season of City Of Dreams on July 30, 2021, on Disney+ Hotstar.

Talking about the female lead of the show, Priya Bapat surprised everyone with her performance in the first season. Her character Poornima Gaikwad caught everyone's attention as she proved her amazing acting skills. Now, since City Of Dreams 2 is releasing soon on the OTT platform, Filmibeat recently had an exclusive interaction with Priya Bapat, in which she talked about her character, co-actors, director and much more. Excerpts 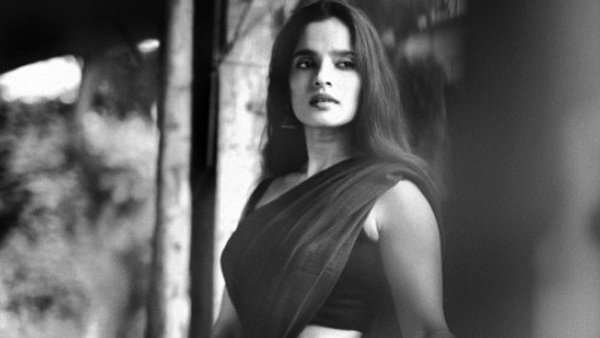 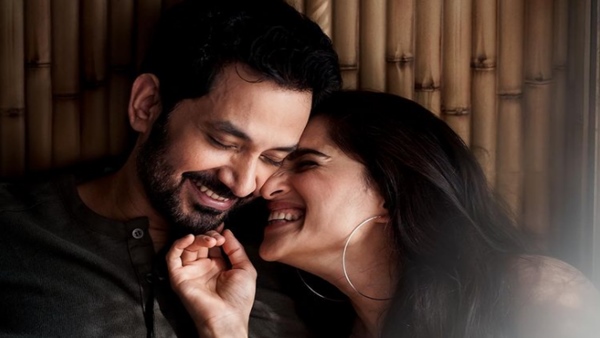 ‘I Definitely Related To Poornima Gaikwad A Lot’

Your character Poornima Gaikwad in Mayanagari - City of Dreams turned out to be one of the most powerful characters in the world of web series. How did you prepare for your role? Did you delve deep into politics to prepare for the role?

I didn't study anything from the actual politics that happens in the country or take reference from a particular individual from the political world. The first thing I did was, I worked on myself, my posture, body and the powerful physique that Poornima Gaikwad would have. I worked a lot on my body language. I even watched a couple of films, in which politicians are portrayed in Indian cinema. I watched both Hindi and Marathi films. After that, I also followed a script thoroughly, because my script is my bible. I feel that everything I found in the script about my character and its emotions, I followed that thoroughly. I rehearsed the scene, learned my lines and just performed. Whatever moments that happen between the action and cut, is the magic that I spontaneously would love to explore.

Poornima Gaikwad is shown as a caring woman, but when it comes to responsibility, she brings out her best to stand strong in the political world. How much do you relate to the character?

I definitely related to Poornima Gaikwad a lot, even though I am not composed and calm like Poornima. I am a very extrovert, happy go lucky girl and high on energy. I am not like Poornima in that sense, but definitely, there is some core feeling that we both are similar. I am an extremely emotional and compassionate person in real life and so is Poornima. I take responsibility for my decisions. I am a self-made woman and did everything on my own. And similarly, with Poornima, she stands up for herself. She wants to fulfil her dreams. She is ambitious like me. So, yes there are a lot of similarities, but nature is a little different. The way we react or respond in a particular situation is different but the core is the same.

In one of your interviews, you had mentioned that despite doing such a powerful role in your career, you didn't get an interesting or powerful role post-City Of Dreams. Do you think, the second season would change people's perception of you?

I hope the second season would do that. Because, I didn't say that I never got any offers, I got a lot of offers. But where I wanted things to work out, it didn't work out and where things were working out, I didn't like those. I think it's always the right time and opportunity that you have to wait for as City Of Dreams was the right opportunity for me. I am definitely looking forward to a lot of positivity and hoping that the second season would open more doors for me.

If given a chance to be the chief minister of Maharashtra for real, what changes would you like to bring about in the state?

I don't think it's that simple. I don't think one can answer that when asked spontaneously like this. Because there is a lot of responsibility when you sit on that chair. It is not only about doing certain things but also about listening to so many people's problems. It's not only about transport, the environment or anything. There are so many departments where the Chief Minister has to look into and work on. I don't think it's right for me to sit as an outsider and comment on it. So, I don't know right now. Maybe, if I have the capacity and I will think about it at that point. (laughs)

‘A Lot Of Times, Women Are Not Given Their Due Chance Or Respect’

You had said in one of your interviews that Atul Kulkarni is one of your closest friends in the industry. You have admitted that Atul has changed your perception about life. Can you share your experience shooting for the web series with him?

Of course, shooting with Atul Kulkarni is so much fun. We know each other personally and have worked together long ago in 2014. More than our professional relationship, we have always been there for each other in our good and bad times. We respect each other the way we are. That's why our chemistry is brilliant and that's what it shows on-screen. Atul and I help each other to perform better. There is never a competition about who is stealing the scene. Eventually, we want the scene to work and enhance our performance. So, we have always worked to achieve that.

Your character in City of Dreams season 1 stands for women empowerment. In the series, you show your father that you are more capable and can be as brutal as your brother (Siddharth Chandekar) when it comes to politics. Could you identify with that part of the character?

I definitely feel that a lot of times, women are not given their due chance or respect. But a lot of times, it also happens in their own families. I always said that a mother who tells the child that ‘oh you are a daughter, don't do these things. Oh, you are a son, you are not supposed to cry like girls.' These are the things that happen in our childhood, which we don't even notice. And somewhere, this has a very deep impact and conditions our minds. Hence, that's how we start looking at things. I feel that there are things where men are given more preference or chance. But now, things are slowly changing, and I feel we will see a huge and a large impact on this in coming years.

‘Who Are We To Accept LGBTQ People, They Are Part Of Society’

You have a same-sex relationship in the first season, the revelation of which was a cliff-hanger for controversy in Poornima's political career. Is it going to be a big plot point in season 2? Was it difficult to portray such a relationship?

So, the choices that Poornima Gaikwad has made about her preferences of relationships, I think that is a part of what Poornima is. You cannot change, deny or avoid that in the second season. I am not going to reveal more about it as I want you all to watch the season and tell me about it. I wouldn't say that it was difficult to portray this kind of a relationship because, I have had a lot of friends, who are from the LGBT community. I know my friends and understand their pain and have seen their struggle closely. Somewhere, now I fall into the generation, who openly accepts and welcomes them. Actually, who are we to accept them. They are part of society and we should at least change our narrow-minded attitude. It wasn't very difficult, because, in my head, I don't see them differently. I am glad that things are changing slowly.

They are just like us and there is no difference between any of us. I just feel that it's very important to convey the emotions and struggles of every individual in this world or society. It was not practically very difficult because we shot it at the end of the first season. It was the last day of the shoot. So, both my co-actor and I had spent time together. We knew each other and Nagesh sir was very particular about how he is going to shoot it. He was sure about the same and briefed us. I knew that the scene is going to be a part of the script. So, the way Nagesh sir treated it with aesthetically beautiful, nothing vulgar or cheap in it. It was so much about her personality, her love and feeling. I really appreciate that about Nagesh sir.

How has it been working with Nagesh Kukunoor and the entire team of City of Dreams?

It was brilliant working with Nagesh sir. We always say that he is the actor's director. He knows how to bring out the best performance from that actor. He is very clear about what he wants. He first lets you perform a scene the way you want to. Later, he changes a few things, words and emotions in such a way that it would change the meaning of the entire scene. It's beautiful that he is so passionate and giving about the work that he does.

‘I Feel Proud To Be A Maharashtrian’

Nowadays, more artists from the Marathi film industry are making their mark in the digital world and Hindi cinema. Do you think Marathi celebs are indeed proving the slogan ‘Marathi Paul Padte Pudhe' right?

Of course, I would definitely say ‘Marathi Paul Padte Pudhe' with much pride and happiness. Because, I am a Maharashtrian girl born and brought up in Mumbai, Maharashtra. This is my Janmabhoomi and Karmabhoomi. When you get to explore a larger audience and platforms, where your work reaches a greater number of people, it really feels great. I am very happy that all the Marathi actors are doing really well and I feel proud to be a Maharashtrian.

Tell us something about your upcoming projects, especially your international debut in Aditya Kripalani's directorial project Father Like.

Yes, I am going to be shooting for Aditya Kripalani's film very soon. I can't talk about that film right now in detail because we haven't started shooting for it yet. We are waiting for things to open up and the pandemic situation to settle down a little bit. I must say that it's an interesting script and the story of a girl who is looking for a father in another country and a taxi driver helps her. Aditya Kripalani has written an amazing script. It was a very intense audition process that I had to go through. During the audition process, I felt that if I get a chance to work with this director on this film, it will be so interesting and enriching. I am looking forward to Aditya's film. It is an international project for sure. Along with that, I also have another Marathi web series Aani Kay Hava Season 3, which is coming up on MX Player.