Anushka Sharma-produced web series Paatal Lok, is getting positive responses from the masses since its release. Directed by Avinash Arun and Prosit Roy and created by Sudip Sharma, the Amazon Prime Video's original web series has caught everyone's attention, for its unique take on Indian mythological concept of realms like Swarga Lok, Dharti Lok and Paatal Lok. Apart from the concept, Paatal Lok's cast and their performances were applauded by the masses.

One of the cast members and a rising star in the film industry, Ishwak Singh who played the role of a cop named Imran Ansari, recently had an exclusive chat with Filmibeat. In the chat, he opened up about his character, thoughts and much more.

1. Paatal Lok is getting a solid response and people are calling it one of the best web shows in recent times. Did you feel it will be so big when you signed the show?

I always knew that Paatal Lok is a special show, but never imagined that it would be such a big success. When I read the script, I realised that it is something very special as it was written very well and it covered a lot of aspects, social issues. It covered different worlds, literally, as shown in the show as Dharti, Paatal and Swarg Lok. I realised that it is a great mix, a fresh concept that has never been done before. I was expecting a lot of critical acclaims, but this kind of commercial success was really unexpected and I'm extremely thankful and grateful for this.

2. Paatal Lok shows the socio-economic division in India, metaphorically compared to the Indian mythological concept of realms - Swarga Lok, Dharti Lok and Paatal Lok. Do you believe in the concept?

Yes, I think the metaphors have been used beautifully. You see the three worlds at a larger level as well as a very localised and a micro-level in everyone's life. I think people have experienced all three spheres, in fact, the whole concept of hell and heaven, according to the various interpretations, these realms exists while we are living. We create our own hell or heaven. We experience these realms, the concept of Dharti Lok, Paatal Lok and Swarg Lok, pretty much on a daily basis. So, I think it is pretty much an extension of the understanding where you see these things not happening in your afterlife but in the living. We create these realms for ourselves.

3. Your character in Paatal Lok, Imran Ansari, is balanced and deals with situations in a mature manner. How much of Imran is you?

Yeah, I do relate to Ansari, it's because other than being mature and balanced, he is also someone who is very positive, he is very focused towards his goals, which is one of his character traits that I can relate to. Mostly, he is the way he is because he is starting out a new life in a new city positively, and when you are in that kind of space, you have a larger goal ahead of you, which while trying to achieve you may have to take minor disturbances in stride. Which is why he comes across as a positive and hopeful person.

4. There are some scenes in Paatal Lok which provoke us to think and change our perspective on certain issues in society. Which scene really blew your mind while shooting for it?

This is a very intelligent script, especially for an actor. It's not the individual scenes that are changing one's perspective, but the story and the whole compilation of such scenes which makes you think and change your perspective. As you watch the show and talk about it more, your ideas about certain stuff might change as well.

5. Your camaraderie with actor Jaideep Ahlawat is one of the highlights of Paatal Lok. Tell us your experience on sharing screen space with him.

I had a great rapport with Jaideep as we have a lot in common. He has a keen interest in theatre and I have done a lot of work on-stage, so we used to talk about that. I think he is a great team player because he brings a lot to the table in terms of not only acting but his understanding of filmmaking, direction and other aspects. He is a perfect model of a protagonist and exemplifies how a team leader, a protagonist should lead the entire team.

6. The lockdown has made viewers more inclined towards OTT platforms. Things are changing and it seems like web shows would overtake films. What is your take on it?

I think web shows are definitely becoming everyone's favourite and people are enjoying it as much as the movies, but if you think about the films releasing on OTT platforms and theatres, it will always be there because the two and a half hour experience is something which is amazing and that can never be replaced with anything else. It will stay for sure and web-shows have their own relevance, it's just that there will be more options for the viewers and opportunities for creative people to create content.

7. After Paatal Lok’s release, you have become more popular among girls. Ishwak Singh has now become the Internet’s new crush. Does it give you a high?

Well, not just girls but I'm getting a lot of appreciation from all quarters. From the industry to pretty much everyone who has watched the show. I receive hundreds and thousands of messages on social media and it feels really great because I think this is one thing that an artist or any actor really looks forward to, the recognition and love which is immeasurable. There no other feeling or reward that measures up to it, so it's definitely a high.

8. Tell us something about your upcoming projects. Is Paatal Lok 2 on the way?

I have not received any confirmation over Pataal Lok season 2, so I can't speak about that, but I do have a film which is gone to the International film festival, and a couple of projects in the pipeline. So once things resume work-wise, I'm looking forward to an exciting year ahead. 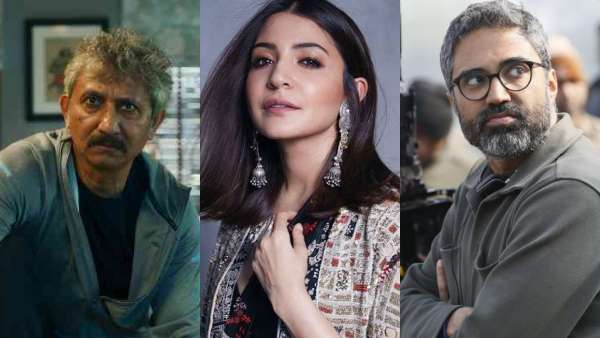 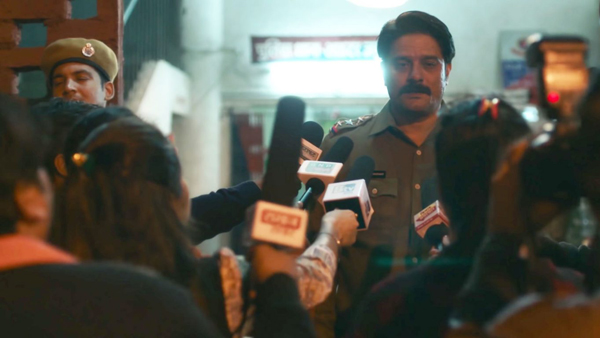