Sunil Grover has become a household name, thanks to his iconic comic characters like Gutthi, Dr Mashoor Gulati and Rinku Devi on The Kapil Sharma Show. However, in recent years, he has impressed many with performances in projects like Pataakha, Bharat, Tandav and more. In an exclusive interview with Filmibeat, Sunil Grover opened up about what the current fame and success means to him.

Sunil also opened up about his recent ZEE5 release Sunflower. The actor in the show can be seen playing someone who is caught in the middle of a murder investigation. Sunil brilliantly plays a socially awkward man who is also a moral citizen. Talking about how he chooses such complex roles, Sunil credited the directors for believing in him. "What I can do is only up to be, but the makers have to believe in my craft," he told Filmibeat.

1. How has the response been to your recent OTT release Sunflower?
The intention has been to entertain people, and people have been appreciating the show and all the hard work that has been put in by everyone.

2. After watching your character Sonu Singh, I didn't know whether to feel sorry for Sonu, laugh at him, or with him. It must have been a hard character to portray?
When I first read it, it was entertaining but when I actually started preparing for it, I thought there are three-four major emotions and it should look like one person. I had to pay attention, think and figure out a way to make it look like every emotion belonged to Sonu.

3. How would you describe the Sunflower society and your quirky co-actors Ranvir Shorey, Mukul Chadda, Girish Kulkarni?
It was a very nice ensemble, there were so many artists of great calibre on the set and we all had a great time. And when you have a cast like this, things work smoothly. Everyone gives their best to the show and it also makes you do your best. It was a great experience working with everyone. 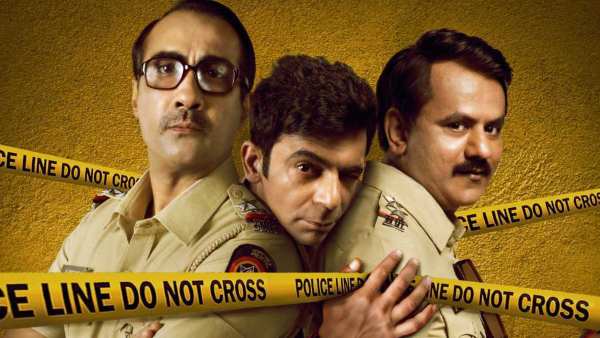 4. One of the genres of the show has been revealed as a thriller while another is comedy. Apart from the main plot, the show also offers a social commentary on many issues. Does Sunflower fall into the dark comedy category or would you call it a mix of everything?
It's a mix of everything but at the same time, the intention is to keep the thrill going. It's the kind of narrative that I haven't seen before. This is a very fresh narrative, how the story is being told, where it is going and how it is coming back.

There are so many aspects that will give the audience a fresh feeling because of the different storytelling. There are also things that we want the audience to introspect on, the show is just a mirror to society. Then if you want to change anything about it that's up to you.

5. Many characters in the show focus on personal vendettas while there is a tragedy unfolding before them, which feels very close to reality. However, the pandemic has shown us the positive side of the world, where people have bent over backwards to help others. Does Sunflower resonate differently with you because of this pandemic that we all are experiencing together?

There has been nothing good about the pandemic. There has been so much loss and death, families and people are suffering. I can't compare it to something fictional. But yes the darkness sometimes is just the nature of the show. There is humour too, but the good part about the show is that it makes us want to think about the way we look at things and if we need to rethink things. That's what it is about.

If you look at the society's plot, while Mr Iyer (Ashish Vidyarthi) and other committee members are rejecting applicants, the existing chairperson disagrees with what others are saying. Parallel perspectives are being shown but the bad side has overtaken the good is what we are trying to show in Sunflower.

6. Recently during an interaction with Mukul Chadda, I found out that despite the show's serious storyline of a murder investigation, the atmosphere on the set was very comic. Could you share a behind the scene moment with us?

It was great. We laughed a lot while shooting for the show and I always looked forward to returning to the set. Each time I went there people were laughing and cracking jokes. There is this scene where I am roaming around in underwear outside the house. I was just trying to be comfortable and make everyone comfortable while wearing boxers and moving around.

We were shooting for a scene where someone was supposed to walk through a door when everyone was waiting inside. When I heard the sound action, I walked in wearing the shorts and everyone was laughing because no one expected me to walk in half-naked. There were many moments and everyone in the cast, Vikas and Rahul all had a great sense of humour. Each time I was on set, it was a riot. 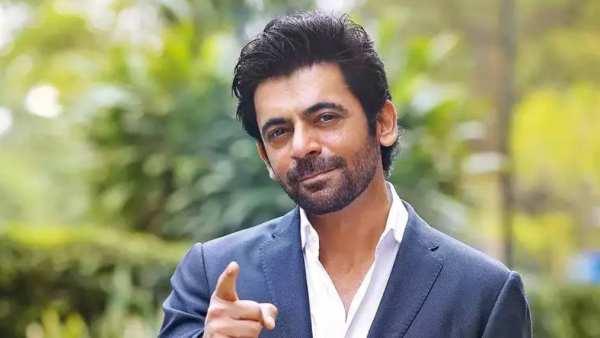 Sunil Grover Talks About Overcoming 'Comedic Baggage', Says He Is Grateful For Past & Is Enjoying New Phase

7. The story isn't over yet, what is in store for Sonu in Sunflower season 2?

I hope interesting things happen to Sonu. I am also waiting to find out, I think Mr Vikas Bahl will be sharing news about what's next.

8. Your name has been synonymous with comic characters for years. But with each comic character, there have been layers whether it is Dipper from Pataakha, Vilayti Khan from Bharat and Sonu Singh from Sunflower. It is a conscious decision to chose these complex comic roles? Are you hoping to leave behind the comedian image?

Comedy, making people laugh is a very difficult art. I have been lucky that I have been offered different kind of roles that have more layers. It could be completely dark or the opposite of comic roles. In the end, it depends on what comes my way and I can only choose from what has been offered to me.

I only pick characters that excite me and give me enough motivation to play them. I can only give my best when I believe in it. But I think I have been lucky that such projects and roles are being offered and I am enjoying them.

9. We have also had a chance to watch you in a serious role in Tandav. Every time Gurpal Chauhan showed up on the screen, I was waiting for some comic relief. But with that role you also managed to instil fear among the audience. How do you manage to shift between such vast genres and roles? and what kind of roles are you looking forward to experimenting with next?

Credit goes to the makers, Ali Abbas Zafar (Bharat), Vishal Bhardwaj (Pataakha), Sanjay Leela Bhansali (Gabbar Is Back), they believed that I could play these roles despite my comedy background. What I can do is only up to be, but the makers have to believe in my craft. As for my future roles, I am hoping to enjoy myself and experiment a bit with different roles. I will choose best from what's offered to me and continue entertaining the audience.

10. Since your debut in the late 90s, you have now become a household name not only as a comedian but also as an actor with an unmatchable range, who has worked in television, feature films and OTT. How do you perceive this success and fame?

I feel lucky that I got to experience so many mediums. Earlier, I would feel down sometimes that why things are not working out. But then I would try again, and I think all of us do that every day. I do think you have to be lucky for things to move in your favour. You have to hang on to your dream because things will work out one way or another.

Still, in the end, it is about the experience. People look back at their achievement but I think it is also important to see what makes you a better person. It will show how much you love the work you have done because, despite everything, you have held on to it.

11. What other projects are you currently working on and what can fans expect from you in the coming year?
I am working on a film and will share details about it very soon.