Netflix's anthology series Feels Like Ishq chronicles six different short stories depicting diverse shades of love. From commitment phobia to teenage infatuation, each story is an amalgamation of several emotions that evolve with the blossoming of the four-letter word. The series promises some feel-good moments as each meanders from one connotation of love to another.

What's Yay: The performances in some of the stories along with the feel-good and breezy vibe of the varied shades of love

What's Nay: Some stories have the unique factor missing and present a done and dusted story

Feels Like Ishq showcases six different tales revolving around meeting under unexpected circumstances and striking a bond with each other organically. The first story directed by Ruchir Arun titled Save The Da(y)te has a social media influencer (Radhika Madan) team up with a wedding planner (Amol Parashar) to search for her best friend aka the bride as she chooses to run away from the alter after getting cold feet. What follows is a rollercoaster ride wherein the two share some banter over conflicting perceptions on marriage.

Tahira Kashyap's Quaranteen Crush has a teenager (Mihir Ahuja) develop a strong crush on his free-spirited neighbour (Kajol Chugh). However, he chooses to weave a facade to bond with her at the stressful time of the COVID-19 pandemic.

Star Host helmed by Anand Tiwari has a teenager rent out his parents' home to fulfil his dream to witness the Northern Lights. His home is rented by a woman (Simraj Jahani) who is dealing with a heartbreak. What follows is the two bonding over self-discovery and conquering their insecurities and fears.

She Loves Me, She Loves Me Not directed by Danish Aslam chronicles the tale of two queer women (Saba Azad and Sanjeeta Bhattacharya) and their endearing journey of falling in love with each other. The two have other battles to fight other than their repressed emotions during the process.

Interview helmed by Sachin Kundalkar revolves around two individuals seeking a job at an electronic store. While the Malayali man (Neeraj Madhav) is underconfident and fearsome due to his lack of knowledge regarding Hindi, the Muslim woman (Zayn Marie Khan) is confident and has a glimmer of enthusiasm regarding her goals in life. The two form an unexpected bond after the woman instils confidence in the man and trains him for the interview.

Jaydeep Sarkar's Ishq Mastana has Kabir (Skand Thakur) sign up for a casual rebound date with Mehr (Tanya Maniktala). However, after they get arrested at a protest, the two have a heartwarming chat on love, expression and honesty in relationships. 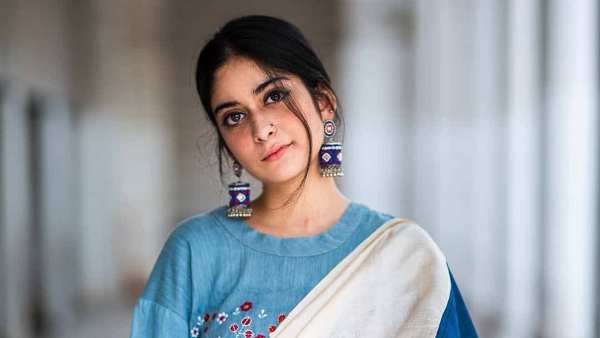 EXCLUSIVE! A Suitable Boy's Tanya Maniktala On OTT Cancel Culture: One Side Of The Story Can Do Lot Of Damage

Ruchir Arun's Save The Da(y)te has been penned by Monisha Thyagrajan and deals with the two individuals portrayed by Radhika Madan and Amol Parashar discuss their contrasting takes on marriage as they hunt for the runaway bride. However, the story appears to be the weakest link in the anthology as it seems to be dragged and too laborious in the process. Be it the female protagonist throwing the guy's phone in the water or the two suddenly turning saviour for a failing wedding, the camaraderie between the two protagonists seem non-convincing and far from realistic.

Tahira Kashyap's Quaranteen Crush with the story penned by Gazal Dhaliwal depicts the sweet rush of teenage infatuation. The plot is endearing and has a sense of nostalgia attached to it. The equation between the lead protagonists in the midst of a raging pandemic looks amiable and convincing.

Anand Tiwari's Star Host with the story penned by Saurabh George Swamy shows the lead protagonists coming together in unusual circumstances. The plot goes much beyond love as it deals with the message of overcoming your own fears and insecurities and enjoying the present moment that life has to offer. However, the entire plot has a 'done and dusted' appeal and does not bring anything new to the plate.

She Loves Me, She Loves Me Not helmed by Danish Aslam and written by Sulagna Chatterjee does a good job of normalizing a queer love story. It does not stereotypically delve into the many societal issues faced by the LGBTQ community that often complicates the characters and the plot as a whole. Instead, it deals with the two female protagonists becoming the perfect companion to each other and respecting each other's emotions at the right place. It also uses a first-person narration and some millennial approach to depict the protagonist's thought process that looks well etched out.

Interview by Sachin Kundalkar that is written by Aarti Rawal is by far the best of the lot with its sincere performances and affable plot. Beautiful bond blossoms between the protagonists as the two appear for the same job interview, where the woman clearly the more confident one helps the man gain the required confidence and esteem. The story does not stereotype the struggles and romantic relationships of the middle-class, and appears true to the essence of the story and its characters.

Ishq Mastana directed by Jaydeep Sarkar and written by both him and Subhra Chatterji showcases a rebound date that turns out to be life-changing for both the protagonists. The story has the protagonists delve deeper and introspect while deciphering love and a truly meaningful relationship. However, the camaraderie between the lead pair lacks the charm and spark as compared to the other stories. 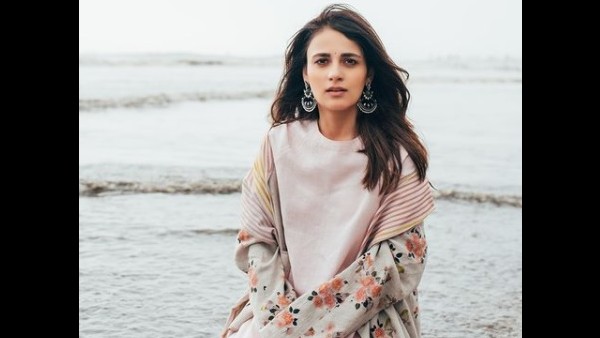 Radhika Madan Opens Up On Moving From TV To Films; Says She Was Condemned By Peers For Taking That Leap

Save The Da(y)te has Radhika Madan play a feisty social media influencer on a quest to find her best friend who has fled from her own wedding. She tries her best to deliver an honest act but her performance seems too over-the-top and blaring in some scenes. However, Amol Parashar puts in the required depth and vulnerability to his character.

In Quaranteen Crush, Mihir Ahuja and Kajol Chugh appear convincing in their performances and share endearing chemistry with each other. Mihir especially stands out as the lovestruck teenager. In Star Host, Rohit Saraf is at his usual charming best while Simraj Jahani is persuasive as a woman dealing with heartbreak and battling her own demons inside.

She Loves Me, She Loves Me Not has Sanjeeta Bhattacharya steal the show with her first-person narration and depicting the conflicted emotions of a queer woman, who is yet to come out but is deeply infatuated with a colleague. Her narration and thought process is relatable and endearing. Saba Azad is a delight to behold as a free-spirited woman who has embraced her sexuality but is also vulnerable owing to her past failed relationships.

Neeraj Madhav and Zayn Marie Khan totally take the trophy with their top-notch act in Interview. There is never a dull moment with the two and you will have the smile on your face intact till the very end with their adorable camaraderie and screen presence. In Ishq Mastana, while Tanya Maniktala tries to breathe life into her character of a raging activist, Skand Thakur still has a lot more room to perform. Nevertheless, the two share an infectious and breezy equation in some of the scenes.

The cinematography by Pratham Mehta and Sudip Sengupta is refreshing to witness in stories like Save The Da(y)te, Star Host and Ishq Mastana. The music by Manas-Shikar comes convincingly etched out in Quaranteen Crush, that has the lead protagonists jamming to a fusion of some Punjabi and English upbeat lyrics. While Ishq Mastana has the title track inspired by the poet and saint Kabir's writing 'Ishq Mastana' that also stays true to the essence of the title of the story.

Watch this one to experience the little stereotypical but breezy shades of love that will never grow out of style. The makers have also paid homage to the series' producer Seher Aly Latif who had unfortunately passed away on June 7, 2021 owing to a cardiac arrest. We give Feels Like Ishq 3 out of 5 stars.