The highly anticipated Friends: The Reunion released today, on May 27. The special episode saw the actors who essayed the main roles in the show namely Jennifer Aniston, Courteney Cox, Lisa Kudrow, Matt LeBlanc, Matthew Perry, and David Schwimmer come together after more than two decades. It featured some intriguing conversations including Jennifer and David admitting that they used to a major 'crush' on each other.

During the reunion episode, when host James Corden asked point-blank whether any of the cast of six engaged in off-screen romances with each other, Aniston and Schwimmer admitted they used to crush on each other.

David said, "The first season, we, I had a major crush on Jen. At some point, we were both crushing hard on each other but it was like two ships passing because one of us was always in a relationship. And we never crossed that boundary." 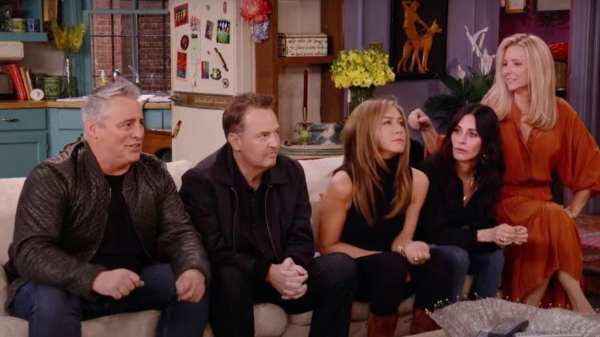 Friends Reunion Review: The Special Will Make You Want To Binge Watch The 10 Season Again

Jennifer added, "Honestly, I remember saying one time to David, 'It's going to be such a bummer if the first time you and I actually kiss is going to be on national television. The actress continued, “Sure enough, first time we kissed was in that coffee shop. We just channelled all of our adoration and love for each other into Ross and Rachel."

David also remembered cuddling with Aniston on the couch during the first season of shooting. He shared, "When we had breaks from rehearsal, there were moments we would cuddle on the couch. We would spoon and fall asleep on the couch and I kept thinking, how did not everyone know we were crushing on each other?" 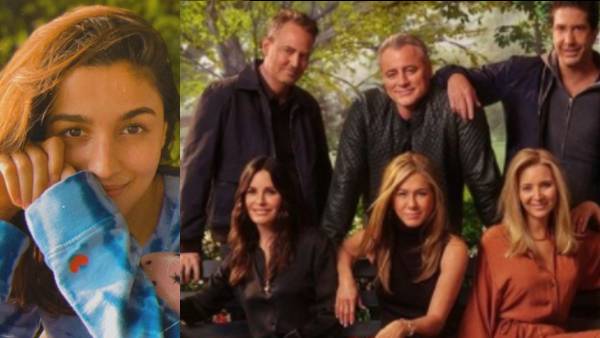 Alia Bhatt Has This Beautiful Reaction To The Friends Reunion Episode

Reacting to this, Matthew Perry and Courteney Cox and Matt LeBlanc said that they definitely knew about Aniston and Schwimmer’s attraction.

Needless to say, fans of the show had a meltdown after David and Jennifer's candid confession and started trending them as a couple on social media. Take a look at some of the fan tweets below:

Now David’s single and Jen’s single too!! Please let them get together, I can’t sleep knowing they were crushing on each other !#FriendsTheReunion #Friends #davidschwimmer #JenniferAniston pic.twitter.com/wM1mUqxkUv

how do people expect me to be fine after today when I'll be forever carrying the knowledge of David and Jennifer were crushing on each other and reflecting that energy into Ross and Rachel? #FriendsReunion pic.twitter.com/t6v9iSzAyw

So you’re telling me that @DavidSchwimmer and @JenniferAnnistn crushed on each other while they played ross and rachel on #friends...gimme a min to wrap my head around this!!🥺❤️🤍💛💙#FriendsReunion #FriendsTheReunion pic.twitter.com/wWgaAakguL