Digital is the future and people want to be a part of it. The same holds true for the biggest names in Bollywood who are foraying into the Indian OTT space and exploring a host of versatile roles in diverse offerings. This fast and emerging trend has seen each one of us wait for their shows with eager excitement and binge watch all day much to our delight. With fans getting to watch their favourite stars for a longer duration, there's no prize for guessing that actors from B-town want to shower their love on viewers for as long as possible.

We've seen Nawazuddin Siddiqui, Saif Ali Khan, Manoj Bajpai, Radhika Apte, Huma Qureshi, Emraan Hashmi in recent years deliver power-packed performances in web series that now own a cult status amongst the audience. Come 2020, and we've seen a new set of actors make their digital debut on the OTT space. Here's listing down five Bollywood stars who made and will make their digital debut this year.

Following his father's footsteps, Junior B is all set to make his OTT Debut with an Amazon Prime Original. Titled Breathe into the Shadows the series is a psychological thriller, that follows the lives of ordinary people faced with extraordinary circumstances, where Abhishek Bachchan will be seen playing the role of the father whose daughter is kidnapped. The series is created and produced by Abundantia Entertainment and created and directed by Mayank Sharma and is all set to release on July 10, 2020, only on Amazon.

Raising the temperature in the digital space, we saw Jacqueline Fernandez making her digital debut with Mrs Serial Killer. Directed by Shirish Kunder and produced by his filmmaker wife Farah Khan, this Netflix thriller is about a wife (Jacqueline) whose husband has been framed and imprisoned for serial murders and her fight to her prove his innocence. This gorgeous beauty has once again proved that she is here to kill, through her look as well as her brains.

If sources are to be believed, Naseeruddin Shah will be gracing us by his presence on the much talked about musical love story called Bandish Bandits. Directed by Anand Tiwari and written by Amritpal Singh Bindra, this story follows a unique love story of an Indian classical and a pop star who are trying to discover themselves and their music. The talented and seasoned veteran is playing a very important character in this series and the audience can't wait to watch him rock the music world.

The next Hottie to join the list of Debutants this year is our very own Lolo aka Karishma Kapoor. The sizzling actress made a comeback with this ALTBalaji original where she played the role of an overworked mother from a small town in the much-awaited show Mentalhood. With a brilliant set of actors and their heartfelt performances, the web-series has successfully managed to strike the right chord with the audience and the audiences haven't stopped asking for a season 2 ever since.

The elegant and stunning actress recently made the comeback into the industry after almost a decade with the critically acclaimed web show called Aarya. The Former Miss Universe played the titular role of a wife and mother who takes charge of her family's pharma firm, opium plantation, and drug warehouse after her husband is killed. Created by Ram Madhvani this thriller is being acknowledged as Sushmita Singh's best performance to date with the series going on to receive tons of positive reviews. 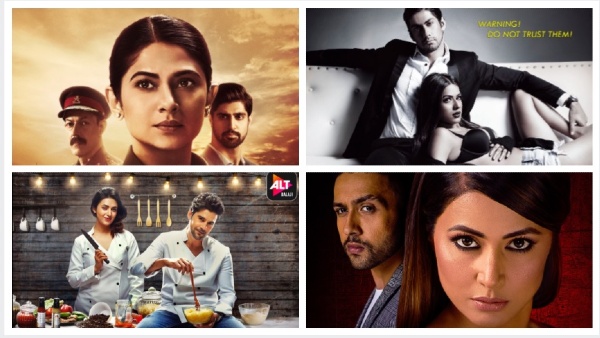 Also Read: Team Aarya On Having Endless Discussions To Create A Perfect Character Aesthetic For All Actors