Hina Khan is all set to debut on the OTT platform with Damaged 2. The web series is a psychological crime-drama and also stars Adhyayan Suman. The teaser of Damaged 2 was recently released to amazing reviews and love from the fans. The show is all set to stream from January 14 on Hungama Play.

Speaking about the overwhelming response, Hina stated, “I feel overjoyed with the kind of response I have received from the audience. I am playing a character that my fans have never seen me play before and feel extremely overwhelmed to see the positive responses, congratulatory comments and anticipatory tweets I have received since the teaser launched. I hope the audience enjoys watching the show when it releases on January 14.”

Talking about the web series, the actress added, “Damaged 2 is a psychological crime-drama, and it also has supernatural elements. The concept is unique. Characters are intriguing, and the story is fast-paced and gripping. Besides keeping the viewers guessing, Damaged 2 will also prove to be a spine-chilling experience due to the presence of some supernatural elements.”

Meanwhile, Hina Khan is also gearing up for her big-screen debut. The Bigg Boss fame actress will soon be seen in Vikram Bhatt’s next outing in the lead role. The movie titled Hacked produced by Zee Studios is all set to hit the silver screens on 7th February. It also stars Rohan Shah, Mohit Malhotra and Sid Makkar in pivotal roles.

Director Vikram Bhatt recently opened up about the project and said, “I have put aside the horrors of the spirit world to talk about the horrors of the real world and our vulnerable lives on the Internet is one such horror. It just takes one Hacker with enough motivation to ruin your life.” 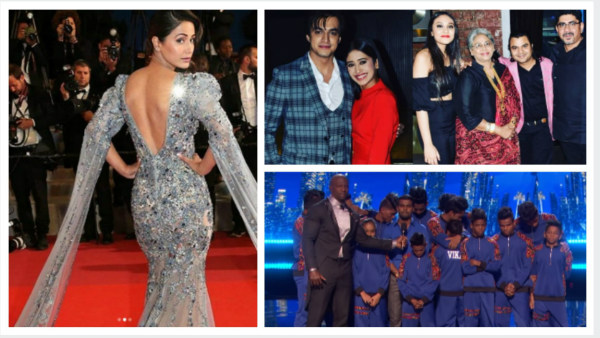