Hotstar Specials' Hostages was released recently. The crime thriller is an adaptation of the Israeli show of the same name and the Hindi version stars Ronit Roy, Tisca Chopra, Parvin Dabas and Dalip Tahil among others in the lead roles. It is directed by Sudhir Mishra and has 10 episodes. The story revolves around a doctor whose family is taken hostage. She has been asked to make a tough decision either to kill an innocent man or to save her loved ones!

The web series received mixed responses. But now, the makers are in trouble as the complete web series and that too in all languages (Tamil, Telugu, Hindi, Malayalam and Kannada) has been leaked in HD quality by Tamilrockers! Meanwhile, take a look at what the viewers have to say about the show!

"Yesterday @HotstarSpecials I am watch #Hostages All episodes. What a great thriller script I love it Show. @RonitBoseRoy sir your Acting it's Amazing. @tiscatime. It's very young mom in the world 😍😍😍beautiful Acting.And both team members Good job.@IAmSudhirMishra @parvindabas."

"@RonitBoseRoy In each n single scenes ur Hard work as #SPPrithviSingh Style of Handling the case. 😮 Expression 😍 Angry 😠 Emotional 😒 Definitely i have to say about fighting scene ur effort n risk 👊 please take care of yourself 🙏 Totally u r Fabulous & Phenomenal actor 👏 #HOSTAGES."

"Finished watching #Hostages, intense and gripping, but with certain gaps. The reason I started watching is @RonitBoseRoy's intense acting style and you don't disappoint at all. I've always loved your performances and SP Prithvi Singh didn't let the level down a bit. Kudos Sir!"

" #Hostages is one of another shows that starts on an interesting note but the story stops making sense very quickly and it ends almost in a stupid way. Another example of poor plot. I will rate it 2/5. Not recommended to watch. @HotstarSpecials."

@sanyoshetty: Just finished #Hostages. But given how amazing the performances were the plot could've been more tight.

Shaveta bhardwaj: #hostages watch at your own risk. Disappointed. Not gripping. 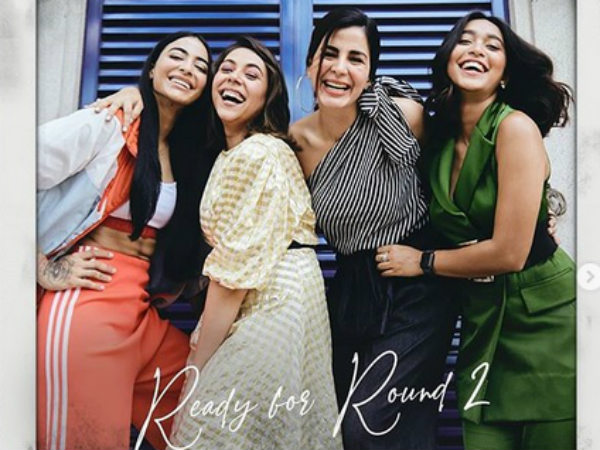 Most Read: Four More Shots Please! Season 2 To Have New Twists & Turns; It Will Be Delightful & Addictive!