HBO has dropped a new premiere date for the spin-off series, House of the Dragon. Along with the new release date, the makers also revealed first look pictures of the characters from the set of the show. Earlier the makers have revealed character posters without the actors, now the actors can be seen in their getups.

Based on George RR Martin's Fire and Blood, the spin-off series was announced two years ago. The show this time will explore the history of the Targaryen family, which takes place years before Game of Thrones took place.

HBO shared the first look of the characters and the premiere date of the GOT prequel, on March 30, 2022. The official Twitter handle of the show, House of the Dragon shared the new posters from the show with the caption, "August 21. #HouseoftheDragon." 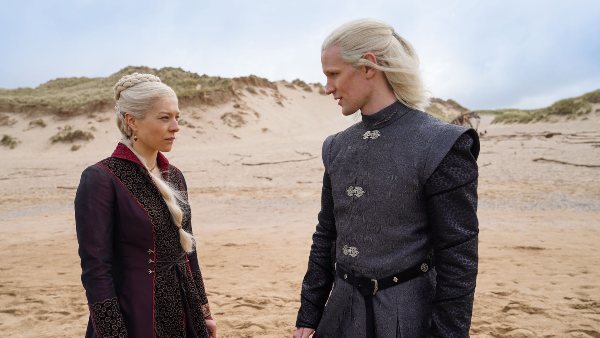 Back in February 2022, Martin in a blog post revealed he had seen rough cuts of a few episodes and he was 'loving them'. He added, "...the writing, the directing, the acting all look terrific. I hope you will them as much as I do. My hats off to Ryan (Condal) and Miguel (Sapochnik) and their team, and to our amazing cast."

Apart from House of the Dragon, fans are also excited for another fantasy drama release The Lord of the Rings: The Rings of Power, which will debut on the streamer on September 2.