It was an honour for our Indian celebrities to be present (who were also be nominated) at the most-prestigious awards ceremony - International Emmy Awards 2019, in New York. The award ceremony was held on Monday (Tuesday in India). Lust Stories, Sacred Games and The Remix teams made an impressive debut at the event. Radhika Apte, Karan Johar, Zoya Akhtar and Nawazuddin Siddiqui dazzled on the red carpet. Read on to know more and also check out their pictures from the red carpet!

Radhika Apte looked gorgeous in a lazercut Iris van Herpen dress and minimal accessories. She tied her hair in a sleek back bun and finished her look with a dash of red. The actress shared a picture from the red carpet and captioned it, "So honoured to be here! @iemmys."

Sharing a few more pictures snapped with her Lust Stories and Sacred Games teams, the actress wrote, "All of us, lust stories and sacred games! @iemmys @netflix_in photographed by @jasonkimphoto."

Karan Johar and Anurag Kashyap were seen posing with Game of Thrones producers - David Benioff and DB Weiss, recipients of the Special Founders Award. Karan shared the picture and wrote, "Honoured to have met the #GOT #GameofThrones prolific producers! David Benoif and D. B Weiss At the @iemmys."

Kubbra Sait, who played the role of Cuckoo in Netflix's Sacred Games shared a picture from the red carpet and tweeted, "This in itself is UNREAL. ❤️."

No Wins For India, But Nawazuddin’s McMafia Bags Award

‘Whether We Win Or Lose, We Will Party’

Ahead of the International Emmy Awards, Karan Johar had told NDTV, "Whether we win or lose, we will party." Looking at the pictures, we must say that the Indian artists indeed had their best moments at the ceremony. (Image: Karan Johar's Instagram story) 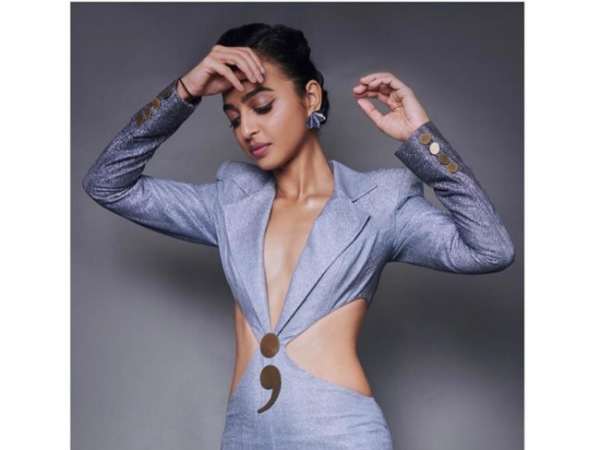