Kabir Khan is moving from the big screen to digital space with the Amazon Prime Video's The Forgotten Army. The filmmaker has been working on bringing the story to the audience for about two decades. The web series is based on true events that took place in the 1940s during the World War II era, and Subhas Chandra Bose's Indian National Army (Azad Hind Fauj).

Kabir Khan, at the start of his career, had filmed a documentary of the same name back in 1999, it documents real-life events of the Azad Hind Fauj narrated by two veterans of Indian National Army - Captain Lakshmi Sehgal, the commander of the women's infantry unit- Rani Jhansi regiment and Colonel Gurubaksh Singh Dhillon.

During the trailer unveiling, Kabir went on to reveal this was the first script he wrote and wished to make it his first film, he said, "This has been my passion project for almost two decades now. This is the story that made me want to be a filmmaker, everyone has this one story that makes you want to become a storyteller, this was mine. It has lived with me for so many years, because as a young 'out of college' filmmaker I got the chance to witness the story from Captain Lakshmi Sehgal and Colonel Gurubaksh Singh Dhillon's point of view."

Kabir also revealed he travelled with the two veterans to the locations where the battles took place in 1940. They had travelled across Thailand, Berline and other areas of the war. He added, "it is an experience that will always stay with me. So I wrote it into a script, it was my first film script. But when I came back to Mumbai, I realized nobody was going to let me make such a big film as a new filmmaker.

So I first started with Kabul Express. Then every time I used to bring this script to studios, but it was still too big to be made and it didn't happen until now. And I am glad it happened with Amazon, they stood like a rock behind me and let me capture my dream on screen." Kabir ended. 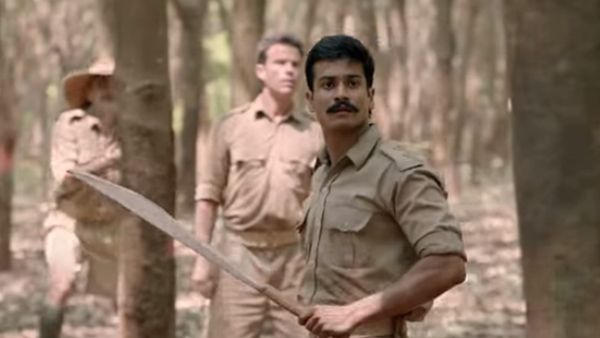