Lara Dutta is currently gracing the digital screen with her debut series Hundred on Disney+ Hotstar. The eight-episode action-comedy series also stars Sairat fame Rinku Rajguru and TV star Karan Wahi in the lead roles. In a recent interview, Lara revealed the real reason behind taking a break from Bollywood and the big screen offerings.

Lara said, “You know to be very honest I think also there was not anything that was coming out of cinema that was giving me those chills that make me feel it is incredible and I want to be there. I mean the last film I completely totally enjoyed being part of was Singh Is Bliing. Also because that was Akshay (Akshay Kumar), we share an equation that is effortless, fun and I like doing comedy. It was mad, crazy, and fun."

She went on to add, “I never joined the industry to be a star, I always just wanted to be an actor. I was frustrated because people like to slot you, label you, and box you. Multiple offers that were coming to me back then were glamorous characters on screen. I was tired of playing sexy and good-looking glamorous roles, so it was very important for me to do different roles. I was fed up of going from one film into other without seeing any difference in the characters.”

On being quizzed about Hundred and her role, the actress replied, “We are used to watching the romanticised version of police officers, where everything goes right for them. But Hundred is a slice-of-life show, so everything won’t go right and Soumya Shukla will not come out looking like a hero. In films like Mardaani, you see Rani Mukerji playing a cop who takes control and everyone fears her. Here in our show, it’s a very real portrayal of what a woman actually is.” 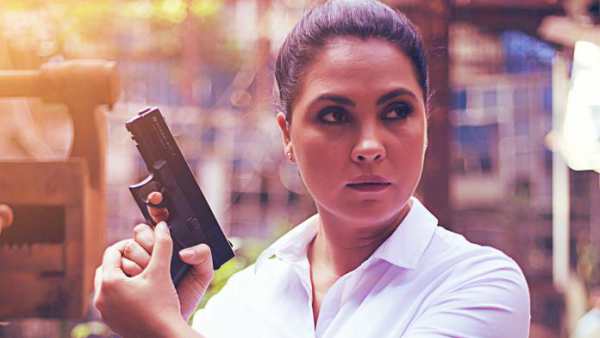 ALSO READ: Lara Dutta On Playing A Cop In Hundred: Finally Got To Know What Bollywood Heroes Feel In A Film