Did you know that Lord Ram had an elder sister? Why did Kaikeyi ask for Lord Ram to be exiled only for 14 years? How did the city of Nasik get its name? Did you know the common thread that links Lord Ram and Gautam Buddha? For centuries, The Ramayana has been touted as India's most celebrated Text, the itihas, that has shaped the collective consciousness of our whole nation. However, despite being deeply rooted in our culture, there continues to be a surfeit of lesser-known stories that exist around Ramayana. And it's time we unravel the same. Ahead of the auspicious occasion of Ram Navami, discovery+revisits the sacred geography of one of the greatest stories in the world in Legends of the Ramayana with Amish, a compelling docuseries narrated by bestselling award-winning writer and diplomat, Amish Tripathi. Replete with stunning visuals and unique stories, this series produced by Wide Angle Films unfolds the mystery around Lord Ram's thrilling Ayana (journey), starting 7th April 2022on discovery+.

Headlined by Amish Tripathi, who transitions into digital for the first time, this ground-breaking three-part series traverses 5000 kms, deep diving into ancient stories and myths around Ramayana, unexplored before. With impeccable finesse, Amish Tripathi decodes the intriguing information that have continued to exist around Ramayana for millennia, inspiring faith, philosophies and lifestyles across India and the near abroad. Renowned for penning down the Shiva Trilogy and the Ram Chandra Series, which are, respectively, the fastest and second-fastest selling book series in Indian publishing history, Amish's presence as an onscreen storyteller is sure to leave the audience intrigued for more.

His journey is enriched with well researched opinions and experts' comments from guests like Yatindra Mishra (Prince of Ayodhya), Kavita Kane (Author), award winning Hydrogeologist Ritesh Arya, Sunela Jayawardene (Environmental Architect & Author), Krishna Devaraya, Descendent, Vijayanagara Dynasty, Shashi Dhanatunge, Former Vice Chairperson, Civil Aviation Authority, Sri Lanka and many others that add to the authenticity of the series. Mapping myth with geology, customs and belief, Amish travels to key locations across India and Sri Lanka to piece the journey together whilst bringing alive history and also showcasing the rich cultures, social diversities and landscapes that are prevalent in each of the regions. Produced by award-winning production house Wide Angle Films, the series is co-directed by Sujata Kulshreshtha and Abhimanyu Tewari.

Amish said, "Ramayan is the proud heritage of every single Indian, regardless of religion, caste, language or gender. And I discovered the truth of this feeling even more as we shot for this documentary. There were so many lesser-known stories and traditions that we discovered, some genuinely surprising. What an honour it has been, to travel with the wonderful team of Discovery and Wide Angle Films, as we followed the path that was trod many millennia ago, by our God, Lord Ram Himself. It was enlightening, it was fun, it was surreal.'

Megha Tata, Managing Director- South Asia, Discovery Inc. said, "Indian mythology is the melting pot of the most magnificent stories and ideas, yet largely under explored. Ramayana continues to appeal to audiences across ages. While there have been multiple iterations of the epic, we, at discovery+ identified the opportunity to dig deeper and present our viewers with interesting details that are less spoken of. Legends of The Ramayana with Amish marks our foray into mythological fiction and brings alive a part of our cultural heritage through experts' opinions that exist across Indian geography.

She further adds, "We couldn't have asked for a better host than Amish Tripathi to headline this series. His enormous popularity as a writer and immense expertise in mythology makes him a seamless fit for this series. As he embarks on this epic adventure, his narration backed with anecdotes and reasoning is sure to make this series a spellbinding watch." 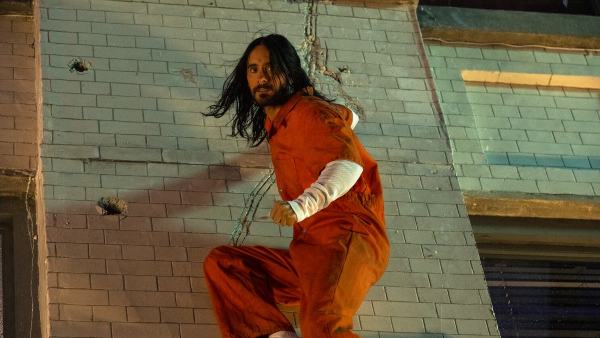 To honour the grandeur of the masterpiece, the series is being presented using state of the art technology like FPV drones. As it delves deeper into the tale that's been retold for generations, it unpacks insights and revelations, hardly known before.

Dive into the mystical world of Lord Ram and Goddess Sita whilst exploring some unheard stories from the magnificent Sanskrit epic, streaming only on discovery+ from April 07 onwards.