The most-awaited web series, Made in Heaven is currently streaming on Amazon Prime Video. The story is written by Zoya and Reema Kagti. Zoya, Nitya Mehra, Alankrita Shrivastava and Prashant Nair have directed the show. It is a satirical take on Indian weddings that stars Shobhita Dhulipala, Jim Sarbh, Kalki Koechlin, Shashank Arora, Arjun Mathur and Shivani Raghuvansh in the lead roles. From the look of the promo and the poster, the show looks elite. It has also been made on a very grand scale. But, as it's said, don't judge the book by its cover! Well, this holds true for the show.

Made In Heaven Story

The nine episodes are divided episodically between the four directors and are told as an anthology with the wedding planners facing a new, peculiar couple and their parents. The show also shows the wedding planners' - Tara and Karan's (played by Sobhita Dhulipala and Arjun Mathur) own struggles with their failing marriage.

Tara, who was once an office secretary, married into a rich South Delhi family but all these starts seeming worthless to her as she starts suspecting her husband (played by Jim Sarbh) of cheating her. On the other hand, Karan is gay.

Made In Heaven Review

Made In Heaven presents the perfect picture of rich Delhi weddings. The show portrays the same as the captions suggest, "They say all marriages are #MadeInHeaven ... but on the ground, the reality is slightly different," and "All that glitters... isn't gold." It is the finer details on the show that keeps the viewers hooked to the show till the end. The show is interesting and largely entertaining.

The viewers are impressed with Zoya. Aravind writes, "Zoya Akthar you BEAUTY.❤️ Gully Boy and now #MadeInHeaven. You are an absolute rockstar. What an absolutely engaging web series. The aesthetics is on some other level only." - (sic)

"#MadeInHeaven dammn a must watch season. The whole season is awesome. Each episode is wow!! All praises. Can u do all the @PrimeVideoIN shows @kagtireema @ZoyaAkhtarOff... Also @sobhitaD pls be there." - (sic)

"Once again Zoya Akhtar impresses. That woman has an eye for things and is so bloody talented. She and Reema Kagti at the moment only good Bollywood content creators and am so happy the two are women #MadeInHeaven." - (sic) 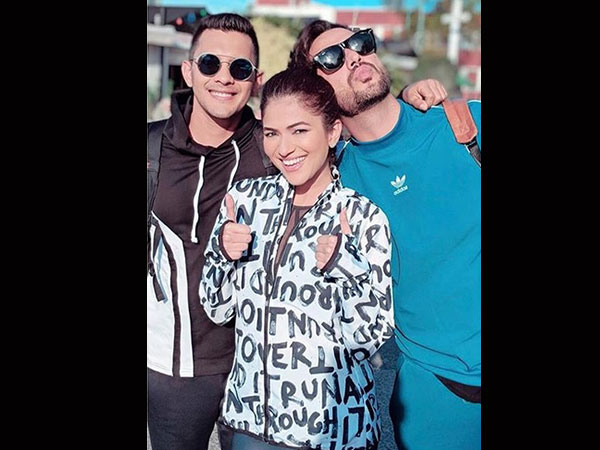 Most Read: Khatron Ke Khiladi 9 WINNER LEAKED! Not Punit Pathak, But This Celebrity Has Bagged The Trophy!