Marvel has been sharing new teasers and posters for the upcoming Disney+ Hotstar series Loki. While fans have been waiting for the release, Twitterverse couldn't keep calm over a cheeky reveal in the latest teaser.

While there have always been theories of the character's celestial capability of shape-shifting, which hints at gender-fluidity, the makers have finally outed the God of Mischief as gender-fluid. Meanwhile, in the comic books, Loki's non-binary identity was confirmed in the 2014 release Original Sin: Thor & Loki: The Tenth Realm, where Oden introduced Loki as both his son and daughter. 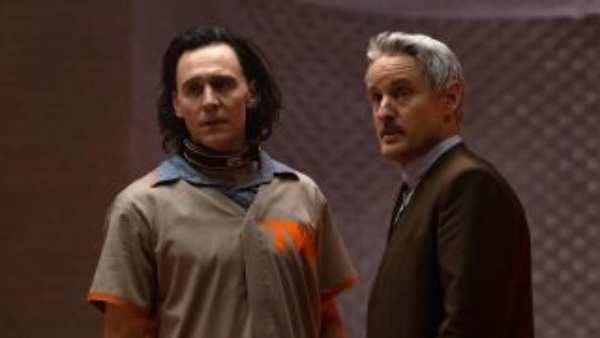 Marvel until recently, has refrained from making such confirmations in its movies, however, fans were happy to see the studio take a giant leap forward.

One Twitter user said, "MARVEL FINALLY MADE LOKI'S BEING GENDERFLUID AN MCU CANON OH MY GOD #LOKI", while another wrote, "anyways now that mcu loki is confirmed genderfluid they also doesnt owe us androgyny, nor a feminine look, loki is genderfluid, loki is a he/she/they no matter how she presents as."

Fans also dug out an old interview of Tom talking about Loki's identity and can be heard as saying, "He is not even gendered really, he can be a man or a woman."

Here’s Tom Hiddleston acknowledging that #Loki is genderfluid to brighten up your day. pic.twitter.com/XfePqH45Il

anyways now that mcu loki is confirmed genderfluid they also doesnt owe us androgyny, nor a feminine look, loki is genderfluid, loki is a he/she/they no matter how she presents as

Tom Hiddleston On Loki's Successful MCU Journey: There Is Something Really Relatable About His Vulnerability

o k a y so uh that thing that was posted? It said sex, not gender. If it said gender: fluid then that would have been confirming that Loki is genderfluid. That said sex: fluid which simply means Loki can shapeshift. sex ≠ gender.

I know Loki has always been genderfluid but the fact they’ve finally acknowledged this in the MCU!!! I’m so happy

The new series in the MCU is set to premiere on Disney+ Hotstar on June 9, 2021.