Now streaming, ALTBalaji and ZEE5's show Mentalhood essays the journey of motherhood to mentalhood, quite literally. Bringing the many facets of motherhood to the screens, the show is already creating all the buzz for the many shades of raising a child and balancing one's life as a woman. Actress Karisma Kapoor marks her digital debut with the series and is playing the character of Meira Sharma on the show. Talking about the many struggles she faces and the little imperfections, Karisma has some beans to spill on her journey as a mother.

Talking about the show, actor Karisma Kapoor, who plays the role of Meira Sharma, says, "I am not the only one who struggles every day. There are many mothers like me who keep making mistakes, who aren't perfect, who are often confused between could and should. This is a shout-out to all such mothers. The ones who are struggling and learning, who don't have all answers, who often find themselves confused, tired and a little guilty. I might not be able to answer all your doubts but I will, at least, raise the right questions. I might not end up winning but will make you laugh through the madness. I might not be the perfect mom but will seek satisfaction through my imperfections."

The show has other pivotal characters such as Namrata Dalmia played by Shilpa Shukla who is the perfect boss lady and the perfect mom for her daughter, followed by Diksha played by Shruti Seth, the next being Preiti by Tillotama Shome and the 'Odd Mom', Aakash by Dino Morea.

Bringing the many themes and peripheral subjects with its nerve-wracking yet fun narrative, the show unlocks the various parenting issues including inner strength, peer pressure, bullying, examination stress, puberty, gender fluidity and adolescent love with Karishma and others being the 'perfect-imperfect' parents.

The series is now streaming on ALTBalaji and ZEE5 and we surely can't wait to binge-watch! 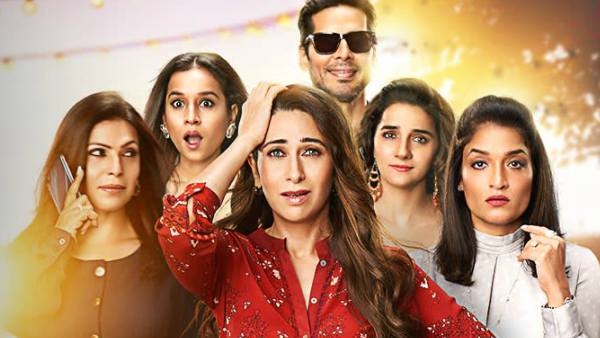 Also Read: All Episodes Of Karisma Kapoor's Mentalhood Out Now