Money Heist aka La Casa De Papel returned to the streaming giant Netflix on April 3, 2020. After winning several awards for the first three seasons, the new eight-episode long season four of Money Heist has fans asking for another season already! One fan even apologised for ever doubting the show and its ability to indulge the audience.

The critically appreciated show, with season four, brought a chaotic surprise for the fans. The showrunner Alex Pina has been playing with his audience since season one, and knows that it isn't the thrill of the heist that keeps the audience hooked but the unpredictability of these beloved characters that add to show's drama.

Money Heist season three ended with The Professor on the run, and the robbers amidst a heist at the Bank of Spain. As the heist goes south, Nairobi gets shot, Lisbon is caught by the police, one of the hostages escapes successfully, all while Rio and Denver, are trapped in an elevator with a grenade and Tokio has been captured.

Before you chose to binge-watch the new season yourself, here are some must-read tweets to hype you up:

@linoguchi I'm still brokenhearted with what happened to Nairobi It's like I'm part of the gang and yes I do feel the pain they have right now. Professor, make sure to win this war, for NAIROBI #MoneyHeist #RIPNairobi#ExecuteGANDIA

@ZahrinaIzaty finishing #moneyHeist #moneyHeist4 in one night. SUCH AN EPIC SEQUENCE and how i am supposed to wait for next season? When i just finished season 4 in one night lmao

@Shaii_Don I'm rewatching the last episode of season 3 because I need to feel season 4 in fullllll.. especially since it suh short #MoneyHeist

@sirkevinmartin First time to watch #MoneyHeist and one of the "kidnapped victims" look like that guy who says BOBO all the time. I cannot begin to even, they're both equally annoying, I think! #Yas

@vaibhavagarwal_ Find someone who loves you the way professor loves
Berlin or
Lisbon or
The team or
His fucking plan@AlvaroMorte#Moneyheistseason4 #MoneyHeist.

With high stakes and increased dosage of drama, Alex Pina has once again captured his viewers' attention undoubtedly. All episodes of Money Heist season four are now streaming on Netflix. 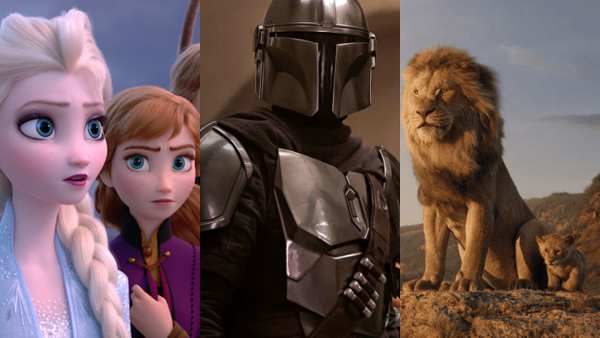 What To Watch On Disney+ Hotstar: The Lion King, Mandalorian, Frozen 2, And More