It's not summer, it's the season of GoT. The most loved show is back with season 8 but not everyone prefers watching it. Today digital platforms have a lot of options to watch the same genre shows other than any specific. Also, since the long weekend is here, a bunch of people might choose to be at home and relax. Here are a few shows for non-GoT (Game Of Thrones) fans to watch while others get crazy over GoT (Game Of Thrones)!

Recently launched Applause Entertainment's Hotstar original Criminal Justice is on everyone's mind to watch. It is an Indian series based on Criminal Justice by Peter Moffat starring Jackie Shroff, Pankaj Tripathi, Vikrant Massey, Anupriya Goenka and Mita Vashist in lead roles. An edgy one-night stand turns into a nightmare for Aditya, when he wakes up with blood on his hands. The evidence is stacked against him, but he doesn't remember the grisly crime. Is he guilty or not?

After receiving rave reviews for its introductory season, Amazon prime video launched the season 2 of Lakhon Mein Ek starring Shweta Tripathi, Sandeep Mehta, and Milind Joshi. Season 2 is a story of an embattled medical trainee and practitioner, Pathare, who is made in-charge of a cataract camp in a rural district must face the odds of disfavour, distrust, sexism quacks and lack of medical supplies and emerges the quintessential savior.

Set in the Hindi heartland of Uttarakhand, Apharan is a story of a celebrated cop, who lands himself in a situation where he is desperate not only for money but to fight for his one true love, his wife. In this fight for survival, he has to navigate his way through a kidnapping which evolves into an unknowing murder. The series takes a turn when he is assigned to investigate his own crime, trying to get out of the web of lies. Capturing the entire magic of Bollywood's 70's masala entertainment, this thriller drama with epic one-liners and outstanding performances has left the audience asking for more.

ZEE5 Original thriller, The Final Call has been doing the rounds. Starring Arjun Rampal, Neeraj Kabi, Javed Jaffrey, Sakshi Tanwar, Anupriya Goenka and Vipin Sharma, The Final Call is a story of Captain Karan Sachdev, pilot of Skyline flight 502, who decides to end his life by committing suicide and puts the lives of the 300 plus passengers in danger. Airline officer Kiran Mirza along with the ATS team swings into action to save the passengers on board. Get ready for a spine-chilling ride that will change the way you see your life.

A Hungama Original, Damaged is a psychological crime drama starring Amruta Khanvilkar and Amit Sial in lead roles. Both characters are depicted in an honest, real and humanly flawed manner. Damaged is the first psychological-crime drama based on a female serial killer played by Amruta.

This one is a must-watch as it leaves the audience wanting for more. It just asks one question - how far will you go to protect the one you love. Two desperate and driven men engage in the ultimate cat and mouse game to save the one they love. 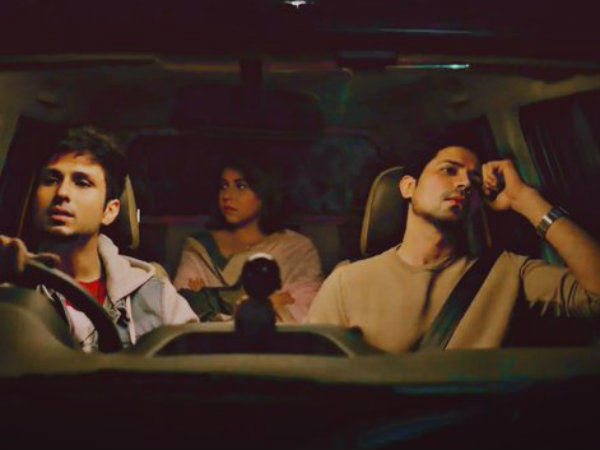