Netflix's Sacred Games 2, which was released on August 15, received mixed reviews. While a few of them liked the show, many of them felt the show was dragging and boring. Some were confused with a few scenes like - why Radhika Apte's character was killed, the reason behind Guruji's theory and why the partition story seemed abrupt... A few other controversial scenes like - the show being compared to Rajneesh moment, the mention of cross-border issues and others - became the biggest topic of discussion.

In an interview to NDTV, Varun Grover, writer of the show, revealed the answers to all these questions that are bothering us. Read on. (Warning: Major Spoilers Ahead!)

Why Gaitonde’s Movie Was Included In The Show?

Regarding the funny movie of Gaitonde that was shown in the show, Varun said that it was part of the book. He adds that once Gaitonde leaves Bombay, he starts making a movie named ‘International Khiladi'. The only difference is that in the book, he is not making a film about himself but a generic and typical 90's gangster-masala film.

Gaitonde’s Movie Was Parody In A Way

Varun adds, "Though it was parody in a way, but it was also fun because Anurag was directing that. A person who has written Satya, and whose entry into Bombay was announced with that real gangster film. Now he's making a spoof of those times using Ram Gopal Varma. So, it was double level of referencing, double meta, actually. Anurag directing a gangster spoof of a gangster show he did last year." He further added that they wanted to make it a full episode as they had written and shot so much about it, but it was chopped off as the show didn't have that much space.

Regarding the Comparison Of Guruji’s Part To Rajneesh Movement

Comparisons have been drawn between Guruji cult and the Rajneesh movement and Ma Anand Sheela. When asked if it is related to just cults in general or influenced by Rajneesh being in the news again last year, Varun said, "No. Actually - and we have documents to prove this, but I'm sure nobody's asking for proof - we wrote the character like a month before Wild Wild Country came out. Once it came out, we had a big debate about whether to continue with it or risk the thing that, "Oh, we kind of imitated this character or something."

"And we said, "Okay, we know we thought of this character." And again, it's not complete invention. It is how cults work around the world. And so many cults have - from whatever we researched - like a guru, and then a female devotee being the number two. And it was just our research. And then it started looking like Anand Sheela, but it was not."

Anjali Mathur's (Radhika Apte) death was highly debated (Season 1). Varun says that he didn't want to kill Radhika's character, but the whole creative team from the writers to the showrunner, to the creative team of Netflix liked the idea. The reason why Varun didn't want to kill the character was 1. In the book, she wasn't killed and 2. He felt like Sartaj and Anjali made a great team, and it would have been fun to see them do the actual job in season two.

Reason Behind Guruji’s Theory - Why He Wanted The World To End!

When asked what was the core idea of including the cross-border India-Pakistan conflict, the Hindu rashtra philosophy, and the whole Hindu mythology aspect of it, he said, "A lot of it is actually what we all have been hearing about, talking about for the last few years. Everywhere in the world, there is rise of right-wing governments or dictatorships. There is rise of divisive politics, anger, hatred, riots, anti-migrant policies, right across Europe, America, everywhere. It's the whole atmosphere - climate crisis - which is very depressing. Generally, for anybody who's slightly pessimistic like me. I get scared of these things very easily. We wanted to keep that fear. Every time you come across a news like that (crimes), you don't even sometimes mean it, but you still end up saying, "It's better if the world just ended."

He also added how Pankaj Tripathi was explained about his character Guruji. He said, "I just told him my own despondent worldview, and told him that this is something which we want to build the character of Guruji on. That he will tap into these horrible things, and he will start believing that this world should end - the current copy of the world - and he'll make a new copy. And he instantly, he completely agreed. Not on the character, on the idea. It's a very personal feeling, which we have tried to channel through Guruji."

Varun says that they couldn't add the partition bit [which had the backstories of Sartaj's mom, Prabhjot and Shahid's (terrorist) mom, Navjeet]. He said, "It's only one scene in episode eight. We wanted to do a full episode of that story. We wrote it but [it didn't work out because of] logistical issues, dates, budget, actors' availability, and locations."

He says that they wrote Guruji's portion for Croatia. He added, "We wanted the ashram to be in Croatia, because there is one theory - again, we couldn't put that theory in the show - that the original Sarasvati River - which we are trying to find here, and there have been so many researches by this government to find Sarasvati River - is in Croatia."

Where Guruji’s Portions Were Shot?

"There are all these theories about Croatia, a kind of connection to ancient Indian civilization, and ancient Aryan civilization and all that. So those theories, we wanted to kind of hint at. So that's why we wrote this thing in Croatia. We couldn't get Croatia because of whatever logistical issues, we ended up shooting in Freedom Park, in Johannesburg, South Africa. That was visually very different from how we had imagined it while writing. But again, we found a great location and it had great architecture, aesthetics, kind of blended in with what we wanted to do." 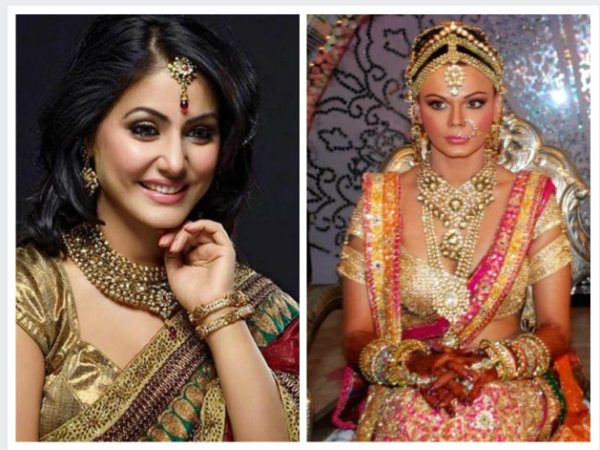 Most Read: When Hina Khan Called Rakhi Sawant A Freak & Said She Would Never Insult Marriage By Doing Swayamvar