Television's popular jodi Ram Kapoor and Sakshi Tanwar have successfully created magic with their chemistry as superstar Karan Khanna and Dr Tripura Sundari Nagarajan respectively in the two installments of Alt Balaji's web series Karrle Tu Bhi Mohabbat. Now, the good news is that the couple is back with the third season of this hit series. The jodi received so much love from the viewers that they are back to entertain and take their journey forward in season 3. In fact, it wouldn't be wrong to say that their chemistry is even more intense in this season.

For now, the audiences are treated to the trailer of the series, giving a glimpse into the worlds of the power-packed characters - Ram Kapoor and Sakshi Tanwar. (Watch the trailer at the end of the slider.)

The trailer is bound to have the viewers at the edge of their seats, awaiting the arrival of the show. The details are sure to keep everyone guessing what really lies in store this season. Read on to know what's in the trailer!

In the first part of the trailer, we get to watch the lovey-dovey moments of Tipsy and Karan. Tipsy, whose dialogue used to be ‘behave Mr Khanna', changes to ‘don't behave Mr Khanna' post marriage, which shows their love!

Karan Accused Of Molestation; Tipsy Comes To His Rescue

Then Karan is shown driving and a truck comes from the other side! Post this scene, a leap of five-year is shown! Karan is accused of molestation and apparently, Karishma's character takes Tipsy's help.

It is then Karan and Tipsy return into each other's life after a gap of five long years. The hatred between the two has become worse than before. Tripura is seen living with Hiten Tejwani with her daughter, while Karan is seen with Karishma Tanna.

While Karan decides to make Tipsy regret for coming back in his life, Tipsy feels Mr Khanna is her biggest mistake in her life and she neither loves nor respects him. Will their daughter bring them back together or the ego clashes between the duo separates them again.

Stay tuned to this space for more updates of the show. 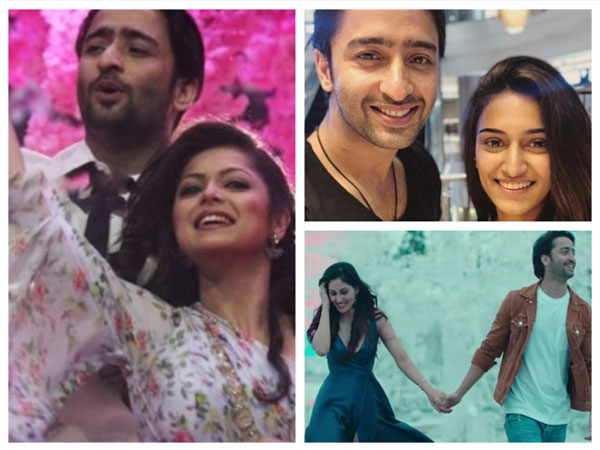 Most Read:Drashti, Pooja Or Erica - With Whom You Love To Watch BIRTHDAY Boy Shaheer Sheikh With?