ALT Balaji's Puncch Beat that stars Priyank Sharma, Siddharth Sharma, Harshita Gaur and Khushi Joshi in the lead roles has been super hit show. The fans loved Priyank Sharma as Rahat and his chemistry with Harshita. The show has been trending on Indian Spotlight. Now, fans are eagerly waiting for Season 2. Ekta Kapoor even took to social media and promised fans that Vikas has lot more planned for fans. Introducing to the romantic song Ishqaan, Ekta wrote, "Thankuuu for all the love for #puncchbeat ! N @lostboyjourney has a lot more planned I promise u! ❤️❤️❤️ This one is for all you romantics out there. Don't miss out 'Ishqaan' the latest track from #PuncchBeat."

Vikas Is In No Mood To Do Season 2

But, Vikas is in no mood to do Season 2! As per Spotboye report, apart from Ekta, Alt Balaji CEO Nachiket Pantvaidya also want Vikas to do Season 2, but he wasn't not convinced and even revealed that he nearly had a nervous breakdown.

Vikas was quoted by the entertainment portal as saying, "I am not doing the second season of Puncch Beat. I almost got a nervous breakdown doing that show."

Ekta wasn't convinced and she said Vikas that he would be going against the public demand. She said, "What are we going to do about Puncch Beat if you are not doing the second season? People are rooting for the second season. They've watched all the episodes in one day."

Why Vikas Doesn't Want To Do Puncch Beat 2?

During the launch of Khatra Khatra Khatra, when Vikas was asked about the same, he said, "I had a greatly harrowing experience while making Puncch Beat. So I don't want to go through the same experience again that's why. It has worked brilliantly so my mind might change after 2-3 months, but right now I don't want to see such amazingly talented people who have made such conversations and gestures that made mine and my crew's life amazingly miserable."

The Reason Is Priyank Sharma!

When asked if he was hinting at Priyank, Vikas replied, "It was a difficult experience working with him as he had a knee injury for which he had to undergo an immediate surgery. My shoot has been stopped a couple of times. Then we had to push the schedule and most scenes were set outdoor which made things more difficult."

"Sometimes due to his anger issues he got his hands hurt by punching a wall. He said he can't shoot because his legs hurt and couldn't walk properly. However, at Prince and Yuvika's wedding you were dancing like anything. You can go down on your knees to propose to Anusha in a fun way. You can work out every day, post a dance video every day."

"There were a lot of issues we had to face due to him. He used to go for events and not come for shoot. Eventually, when the show wrapped up, he should have gone for his surgery. We are sitting in March but, it hasn't happened yet. Yes, there is a problem in his bone, but that he is facing 7 years. Now if you want to make it an issue you can."

'He Did Trouble Us A Lot'

"He did trouble us a lot. But he also did very well on the show. He is capable and pulled off the character the way he wanted. And I am happy he did justice to the show. But as a producer I am extremely unhappy about his unprofessional behaviour."

It has to be recalled that Priyank had blocked Vikas and we had recently reported the same suspecting all wasn't well between them. Well, we hope the duo sort out issues and return soon with rocking season 2. 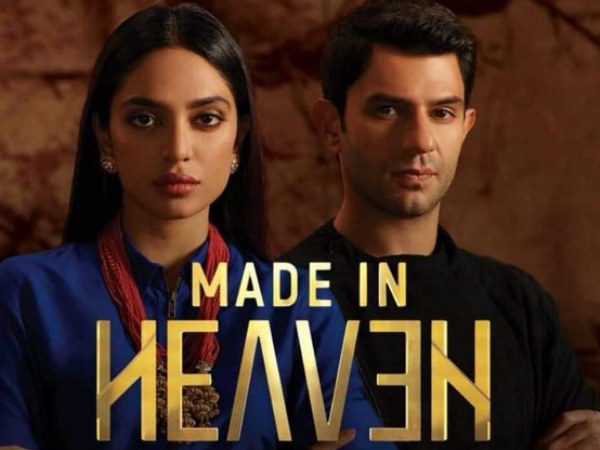 Most Read - Made In Heaven: Perfect Example Why Book Shouldn't Be Judged By Its Cover; It's A Binge-worthy Show!