It is not a hidden fact that the Korean drama Squid Game that was released on the OTT streaming platform Netflix on September 17, has become a humongous hit amongst the audience globally. Not only this, according to a news report in Great Andhra, the show has now become the biggest hit of the streaming giant garnering a worth of Rs 6770 crore. The total budget of the show has reportedly been around Rs 160 crore but it has amassed revenue of a lot more than that.

The news report further mentioned that the success of Squid Game has not only increased the retain value of Netflix's current subscribers but also made them gain new subscribers. The report added that around 132 million people have watched at least 2 minutes of the show during the first 23 days of its release. Out of this lot, 89 per cent of people watched more than one episode of Squid Game while 66 per cent of people finished watching the entire series within 23 days. 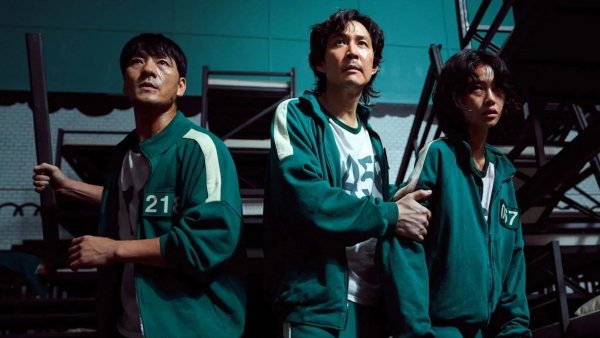 The report mentioned that these statistical details were mentioned by Bloomberg after which Netflix's attorney stated that it would not be appropriate for Bloomberg to reveal these numbers while scanning the internal documents of the streaming platform. Squid Game has become the first show to top the US streaming chart and many viewers reportedly also started learning Korean under the influence of the show. Talking about the show, it is a violent survival drama following a group of 465 people playing childhood Korean games to the death to win over 4.5 billion won.

The nine-part show fits the main six characters against each other until one winner stands. Squid Game stars Lee Jung-Jae, Park Hae-Soo and Wi Ha-Joon in leading roles. It was earlier reported that according to Netflix, the show was at number 2 right after release but raised up to the number 1 spot on September 21, just days after its release. The Korean drama has also been growing its global viewership at a quick pace and has also expected to surpass Bridgerton which was deemed as the most popular Netflix show ever.