Story: The Casino - My Game. My Rules, is a ZEE5 Original series about an heir of a multi-billion casino. The show follows Rihana (played by Mandana), a Casino Dancer and a seductress, Marwah (played by Sudhanshu Pandey), a powerful shrewd businessman out to protect the casino at any cost and Vicky Marwah (played by Karanvir Bohra), the successor to his dad's multi-billion-dollar Casino.

Disclaimer: Review for ZEE5 show The Casino - My Game. My Rules, is based on the first three episodes of season one starring Karanvir Bohra, Mandana Karimi, and Sudhanshu Pandey in the lead roles.

Review: The ZEE5 crime thriller is about the biggest Casino of Nepal, and the power play that unfolds to acquire the ownership rights of the multi-million dollar business. With the first three episodes, we meet the leading cast, the power influenced hierarchy of Nepal, two full-length songs, three murders and a plan for the fourth murder.

With the first episode itself, the makers lay out all the cards. We meet all the lead characters and find out that everyone has a thirst for power. Vicky Marwah in the first scene can be seen running away from the crime scene of the murder with music blasting in his ears, like he is out for a pleasant drive. The only reason cops catch up to him is to stop his car to avoid hitting a woman in the middle of the road. He is then asked to call his dad and sort things out so that the police does not have to keep tailing him anymore. If these events are not random and contradictory enough, on making the call, Vicky finds out his mother is dead, no questions asked, by anyone ever.

While the show is about Nepal's biggest casino, we hardly get to see it. Instead, we are introduced to Vicky's family, the power dynamics of the city and Rihana, the star dancer of the casino. In three episodes, Vicky's mother is the only character that seemed like a good person and she is already dead, five minutes into the first episode. The show then follows the lead characters as they commit more crime, only to get caught immediately and call their lawyers to bail them out.

The story is supposed to be about the power struggle between Rihana and Vicky over the casino, but neither of them even have an ounce of control over the casino. Vicky's character is introduced as the sweet and simple rich guy, instead, he comes off as a 30-year-old psychopath, who is afraid of his father. Rihana, on the other hand, is Mr Marwah's 'keep' (as she says it), but openly flirts with the son and the father without any consequences.

While Sudhanshu Pandey does his best to keep a straight face with the tacky dialogues, Mandana Karimi makes for a convincing villain. However, Karanvir Bohra as Vicky comes off very awkward and unreasonable. His character says that he wants to stay out of the crime world but then goes around killing people like its nothing.

Overall, The Casino - My Game. My Rule, tries to use the age old story formula of a power struggle in a rich family, but in an effort to catch the audience off-guard, the makers have ended up with a messy story. 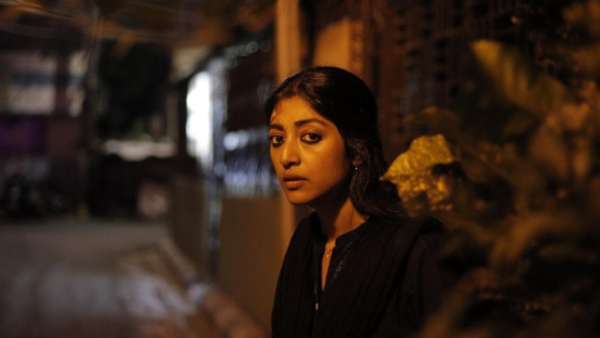