Sumeet Vyas, Maanvi Gagroo and Amol Parashar are back as Chandan, Chanchal and Chitvan to entertain us with the new season of Tripling. Tripling season 2 promises an action-packed ride through some of the most beautiful terrains and locations across North India. Expect run-ins with the police, petty politics and a royal family feud, as the siblings embark on an exciting another exciting road trip. The makers of the show revealed the promo of the show. Check out what's in store in Tripling Season 2 and other updates on interesting web series that are all set to hit the digital space soon!

In the short trailer, we see Chandan (Sumeet) launching his novel, aptly titled ‘Tripling'. Having made a foray into politics, Chanchal (Maanvi) is put to the ultimate challenge as she tests the waters with diplomacy. Last, and certainly not the least, Chitvan (Amol) is just as cool and carefree as ever, hitting all the right notes in the minute-long teaser video. The episodes will stream live on TVF from April 5, 2019.

The trailer of Viu's most-awaited sequel of the year Love, Lust and Confusion, starring Tara Alisha Berry, Gaurav Chopra and Shiv Pandit in the lead roles, is out and we cannot contain our excitement! The trailer of the second season shows how Paromo Sarkar strives hard to stick to her don't-do list as she continues to experiment some more with love. And interesting so, she is yet to make decisions about her old lovers! The show will be launched on March 8, 2019 on VIU.

Made In Heaven Launch

Amazon Prime Video's Made In Heaven was launched today (March 7, 2019) in Mumbai. Actors Shashank Arora, Shivani Raghuvanshi, Kalki Koechlin, Jim Sarbh, Arjun Mathur and Sobhita Dhulipala were present at the launch. Farhan Akhtar and Riteish Sidhwani are producing the web series. The story is written by Zoya and Reema Kagti. Apparently, the show will have ten episodes in the first season. Farhan will be making a special appearance on the show.

Made In Heaven To Premiere Tomorrow

The Show will stream LIVE on Amazon Prime Video from tomorrow (March 8, 2019). The show deals with the story of two Delhi-based wedding planners Tara and Karan, whose story unfolds during the wedding season.

What Will Appeal Most To The Audiences In The Show?

When asked what will appeal most to the audiences in the show, Reema told IE, "It's funny and dramatic. It deals with social and personal issues. Overall it's a mixed bag. It is based in India that is on the cusp of modernity but is even looking back towards tradition. I think it has all the ingredients for a delicious drama."

A li'l birdie chirped to us that both Priyank and Niki share a strong bond even off-screen since he truly respects her and regards her as his mentor. So much so that, just as Priyank's character Rahat (on Puncch Beat) refers to his mother Maya as ‘Maa' on-screen, Priyank has been referring to her as ‘Niki Maa' off-screen since the time they met. In fact, the heartthrob also tags his co-star as ‘Niki Maa' on posts across social media platforms.

"It all started from Dehradun where Niki Maa and I got really close to each other. I have seen her handling and managing things so perfectly together. Not just Maa and her family but also us sometimes. I address her Maa because I see my best friend in her who gives me advice like a mother whenever needed. She is the one with whom I share everything and anything as she knows my life inside out now."

"The kind of aura she carries with herself is so strong that it will automatically connect you to positivity which can only come from a mother. She doesn't let address her as ma'am, so I call her Maa."

After exhibiting his acting prowess in Television and Films, Ronit Roy is now ruling the digital platform as well with his breakthrough performance in ALTBalaji's web series Kehne Ko Humsafar Hain. With two successful seasons of the highly-appreciated show, Ronit's popularity in the digital world has gained momentum.

So much so, that according to a survey by Score Trends, a US-based independent survey agency, Ronit bagged the second spot on the list surpassing Bollywood A-listers Saif Ali Khan and Nawazuddin Siddiqui who have earned the third and fourth places, respectively. The ranking was done on the basis of popularity and viewership in India.

Talking about this achievement Ronit Roy shares, "I am happy to have achieved this place and I'm extremely proud to share this space with such talented actors. I am eternally grateful to my fans for their unflinching support and love that I've been receiving over so many years. I am overwhelmed with the kind of love Kehne Ko Humsafar Hain season 2 has got from the audiences. I will endeavour to keep doing such work and be worthy of your love. Thank you once again." 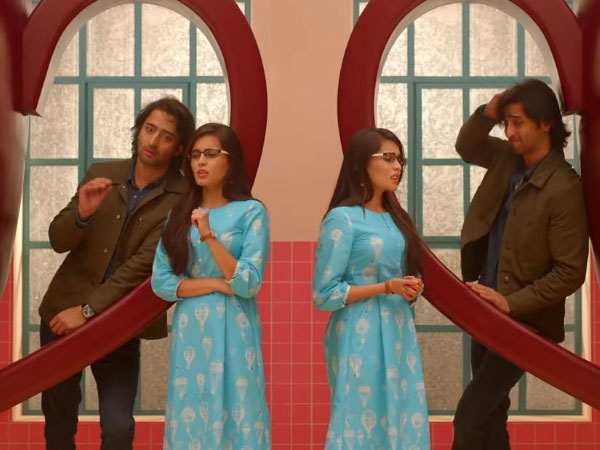