Plot: The miniseries is an anthology based on the COVID-19 pandemic. The sequel to the Unpaused 2020 release explores stories of love and hope amid the grim atmosphere during the pandemic and lockdown across the country.

Review: The mini series brought forth five stories set during the pandemic by prominent filmmakers like Nupur Asthana (The Couple), Ayappa KM (War Room), Ruchir Arun (Teen Tigada), Shikha Makan (Gond Ke Laddu), and Nagraj Manjule (Vaikunth). All the stories hope to leave the audience with a smile of hope and love but with the ever-present pandemic in the background, it comes off awkward.

The Couple directed by Nupur Asthana follows Shreya Dhanwanthary and Priyanshu Painyuli working from home and making the best of a situation that is out of their hands. Both excel at their work as well as house chores, however, their small paradise crumbles when Shreya loses her job due to the pandemic. The two begin fighting as they question each other's capabilities, call out on little mistakes and even end up questioning their marriage. While the makers have attempted to talk about the job loss during the pandemic and its impact, it merely remains a statistic in the short film as a dialogue said by Shreya. 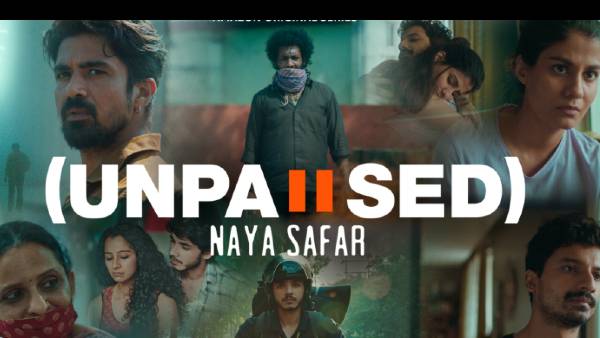 War Room by Ayappa KM follows Geetanjali Kulkarni, a widow working in one of the government-run COVID-19 helpline stations. Sitting on her desk every day, she answers the calls helping patients with locating hospital beds. However, one day she gets a call from a patient who had a hand in her son's death. She wonders if he deserves help, and questions if she is even the right person to work at the station. Hats off to the makers have cleverly left out the gruesome details of her son's death and focusing on the mother's struggle.

Teen Tigada directed by Ruchir Arun, follows three thieves Saqib Saleem, Ashish Verma and Sam Mohan who are waiting on a big job to finish so that they can take the money home to their families. Saquib wants to return to his pregnant wife, Sam Mohan is a former alcoholic trying to right some wrong and Ashish Verma's character is obsessed with food. The three are supposed to wait out two days before the stolen goods are delivered and they get paid but the lockdown is imposed and they are stuck with each other for weeks. Teen Tigada provides some much-needed comedy, however, the short exceeded its run time far longer than the message it wants to send. Nonetheless, Saqib Saleem deserves credit for making the short film worthwhile.

Gond Ke Laddu by Shikha Makan, unfortunately, comes off as a TVC of delivery service. Starring Neena Kulkarni, the short focuses on a mother who wants to reach out to her daughter (a new mother) during the pandemic. While she can't travel herself she decides to send her a package of care and love but it ends up destroyed in an accident. Then it is up to the delivery boy to bring the package home safely or lose his job. The story will leave the audience with a smile but it doesn't last long. 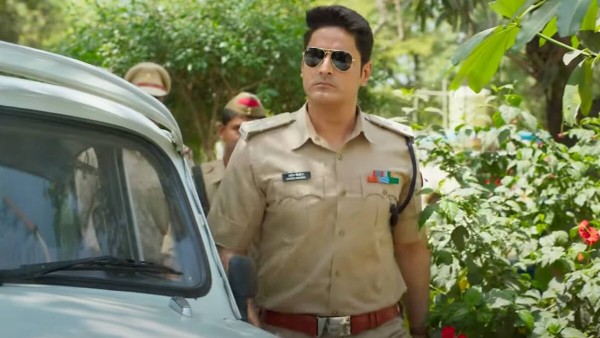 Vaikunth by Nagraj Manjule is the one story with the strongest and a straightforward message of hope but it is the one most hard to watch. Vaikunth deals with the story of a man who works at a crematorium. He works hard to give his son a better life and his father a better home. But when his father tests positive for COVID-19 is sent to the hospital. Despite watching the growing heap of dead bodies during the pandemic he doesn't lose hope and waits for his father to come back home healthy from the hospital. Apart from the constant presence of death in the story, Vaikunth is one of the best shorts in the anthology.

Overall Unpaused: Naya Safar is about bringing back some home and love in a time filled with news of hate and death. However, the pandemic is a global phenomenon lived by everyone at the same time across the globe. Do we really need it on our TVs as well?