With the OTT industry continuing to take viewers by storm, one trend that seems to be gaining immense prominence is the rise of well-written and portrayed woman characters. Some are strongly opinionated and iron-willed, while some leave you smiling from ear to ear with their charm and wit. As content gets better with each passing day, so is the influx of woman-led shows and characters. This Women's Day, we list 5 of our favourite woman characters whom we love and relate to.

Giving young viewers all the confidence and motivation to go out there and break barriers, D represents a fearless spirit that we simply can't get enough of. She teaches us to fight for what is right, no matter how hard it is. Apart from being a brave journalist, what makes D so very relatable is how she supports her friends at all times and encourages them to live their own choices. At the end of the day, she makes all women understand that women do not need anyone's acknowledgement or approval for the work they do for they alone are the ones who must have that power.

Arguably one of the most-stellar women-centric roles on the Indian OTT space, Shefali Shah gave us a performance that has set the benchmark for acting. Playing the role of a cop in a completely male-dominated profession, Inspector Vartika tactfully traces through a case that has the nation's undivided attention. Her role was relatable to many women who juggle between their work and personal life. Playing the role with utmost finesse and sincerity, Shefali soon became a source of inspiration to many women in the country. Along with the plot of the show that won acclaim, Delhi Crime showed a women's emotional side, yet a powerful one, when it comes to seeking justice.

3) Dr Meera Kapoor (Rasika Dugal) - Out Of Love On Hotstar

Many series focus on the perfect love, between two people, that results with the perfect ending. Far from the tried and tested mainstream shows we see, Out of Love focused on how to get out of a toxic relationship, no matter how difficult it is. A doctor, who is the sole earner of the house, is left heart broken when she finds out that her husband is having an affair. The manner in which her coping strategies were depicted is what women found extremely relatable. While it may not have been the perfect love story for Dr. Meera, she did get her happy ending by moving on from this relationship and starting a new chapter of her life with her son. She sent a message that was loud and clear, that it's never too late to start afresh and one can do so whenever they want.

Women today aspire to earn money and respect so that they become a dominant force in society. Richa Chadha beautifully portrayed that playing the role of as Zarina Malik. Here was a character that inspired and motivated a lot of girls and women to work harder and not settle until and unless satisfied. In a male-dominated industry of a sporting league, she stood as strong powerful women playing the co-owner of a team.

Adding to the thrills and chills in the nail-biting series Hostages was the character of Dr Mira Anand. Her role taught each and every one of us how to tackle life-changing situations with precision in their thought and action. Add to that, one got to see how caring and nurturing a doctor can be as Tisca Chopra showed how her profession is considered a noble one.

So, cherish these five memorable women characters and binge away to glory this Women's Day. It'll be well worth your time, guaranteed. 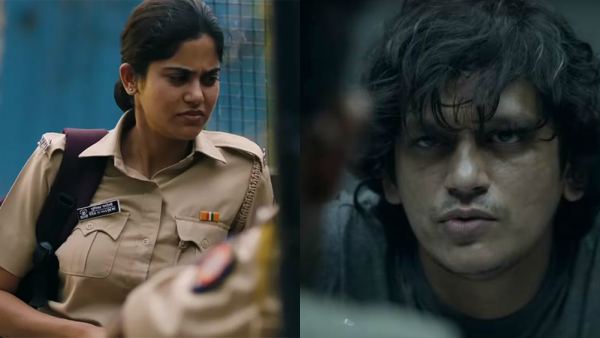