Nani and Sudheer Babu's action-thriller V was supposed to arrive in the cinema halls on March 25. However, the film's release got postponed due to the deadly Coronavirus outbreak which has currently gripped the entire world. Now, fans will have to wait a little longer to see this movie on the big screen which could have actually starred two mega heroes. Yes, you heard that right.

Initially, filmmaker Mohan Krishna Indraganti wanted to get Pawan Kalyan and Mahesh Babu onboard for his action-thriller. As per a report in Tollywood.net, Sudheer Babu himself revealed this interesting information at a recent event. However, Nani and Prema Katha Chitram hero were ultimately chosen for the lead roles.

While we are pretty sure both Nani and Sudheer Babu will impress the audience with their performances, seeing Pawan Kalyan and Mahesh Babu together in V would have been equally entertaining. Let's hope these two superstars are soon offered a film together that would do justice to their acting caliber as well. We are definitely keeping our fingers crossed, what about you guys?

Currently, Pawan Kalyan is gearing up for the release of his film Vakeel Saab which is the remake of Bollywood blockbuster, Pink. As for Mahesh Babu, the actor is said to be teaming up with filmmaker Parasuram for his next outing. Reportedly, the duo is planning to rope in Rashmika Mandanna for the female lead. However, no official announcement regarding any project has been made by Mahesh or Parasuram until now. 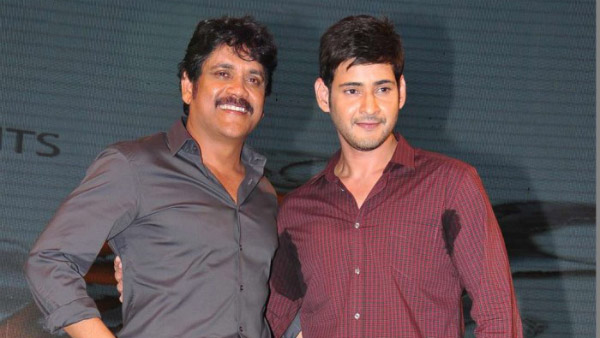 Is Nagarjuna Akkineni Upset With Mahesh Babu Over The Latter's Next Film?