NTR 30, the highly anticipated 30th outing of Jr NTR in Telugu cinema has finally got an official launch. Jr NTR is joining hands with the renowned filmmaker Koratala Siva once again for the movie, which is expected to start rolling soon. The actor-director revealed the NTR 30 update with a launch poster through their official Twitter pages.

Koratala Siva, who is all excited to join hands with Tarak once again, shared the launch poster of NTR 30 on his official Twitter page and wrote: "Very happy to collaborate with @tarak9999 garu once again. Last time repairs were local...but for a change we will cross boundaries this time. #NTR30 #NTRKoratalaSiva2"

We are happy and delighted to announce the details of this prestigious project.#NTR30 is #NTRKoratalaSiva2 https://t.co/jeJqJVbOwP

Pawan Kalyan Quarantines Himself At Home After His Staff Members Test Positive For COVID-19: Report

Jr NTR, who is equally elated about his second collaboration with Koratala Siva, retweeted the filmmaker's tweet with the caption: "Equally delighted to work with you once again @sivakoratala garu." The much-awaited excitement has left the audiences, who were expecting Tarak to team up with Trivikram Srinivas once again for NTR 30, in total surprise. 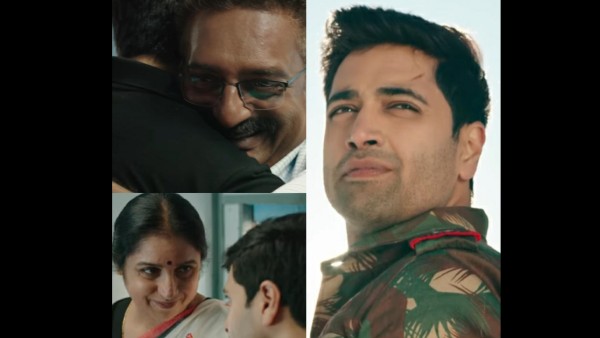 From the tweet of director Koratala Siva, it is evident that NTR 30 is a mega-budget pan-Indian project that will be simultaneously released in all prominent Indian languages. Even though nothing much has been revealed about the rest of the star cast, the rumourmills suggest that Rashmika Mandanna might play the female lead opposite Jr NTR in the movie. S Thaman is said to be composing the music for the project. NTR 30 is jointly bankrolled by NTR Arts and Yuvasudha Arts.