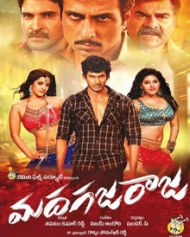 Initially it was announced to Samantha Ruth Prabhu to do this movie. Hansika Motwani was approached to play the lead female role but could not sign the film due to unavailability of dates. Later Karthika Nair was roped in to essay the character of the love interest of Vishal, who was said to be playing a triple role for the first time in his career.

In a turn of events, Karthika opted out of the project citing that the script had undergone major changes and revealed that Vishal would only play a single role, as well as there being an...