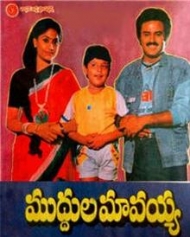 Ranga Rao (Raja Krishnamoorthy), a rich landlord in a village, spreads terror among the villagers and threatens them to give their lands to build a liquor factory. An honest police officer (Ahuti Prasad) is transferred to the village and wants to reason behind villagers cowardliness and he wants to trap Ranga Rao at...