We had earlier reported that Manchu Vishnu is doing a remake of Tamil hit movie Arima Nambi. Now, the latest report says that, director Deva Katta has roped Adah Sharma as the lead actress opposite Manchu Vishnu for the movie. 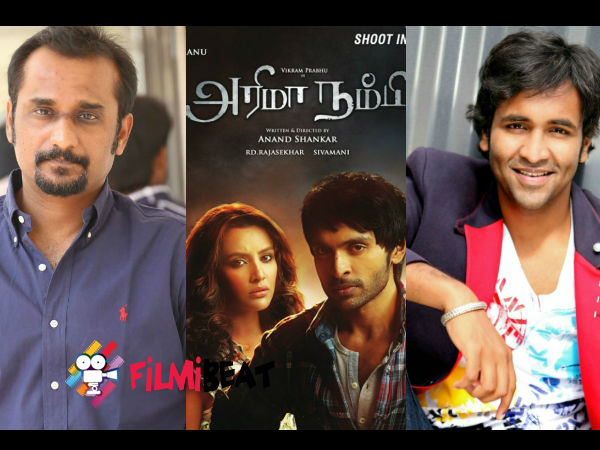 It is to be noticed that, Manchu Vishnu is in the demand. His promising acting in Yerra Bassu as the grandson of Dasari has fetched him many chances, says sources. Yerra Bassu is slated to hit the big screens on 14th, November. The movie stars Dasari Narayan Rao, Catherine Tresa in other important roles.

Actor-turned producer recently produced the movie Current Teega under his home production banner 24 Frames Factory with a whopping budget. Now, before his movie Yerra Bassu reaches the big screens, the actor has signed yet another movie, in which he will be seen romancing Heart Attack fame Adah Sharma.

The filmmakers are yet to officially announce the actress' inclusion in the project. If everthying goes well Manchu Vishnu and Adah Sharma will pair up for the Telugu version of Arima Nambi.